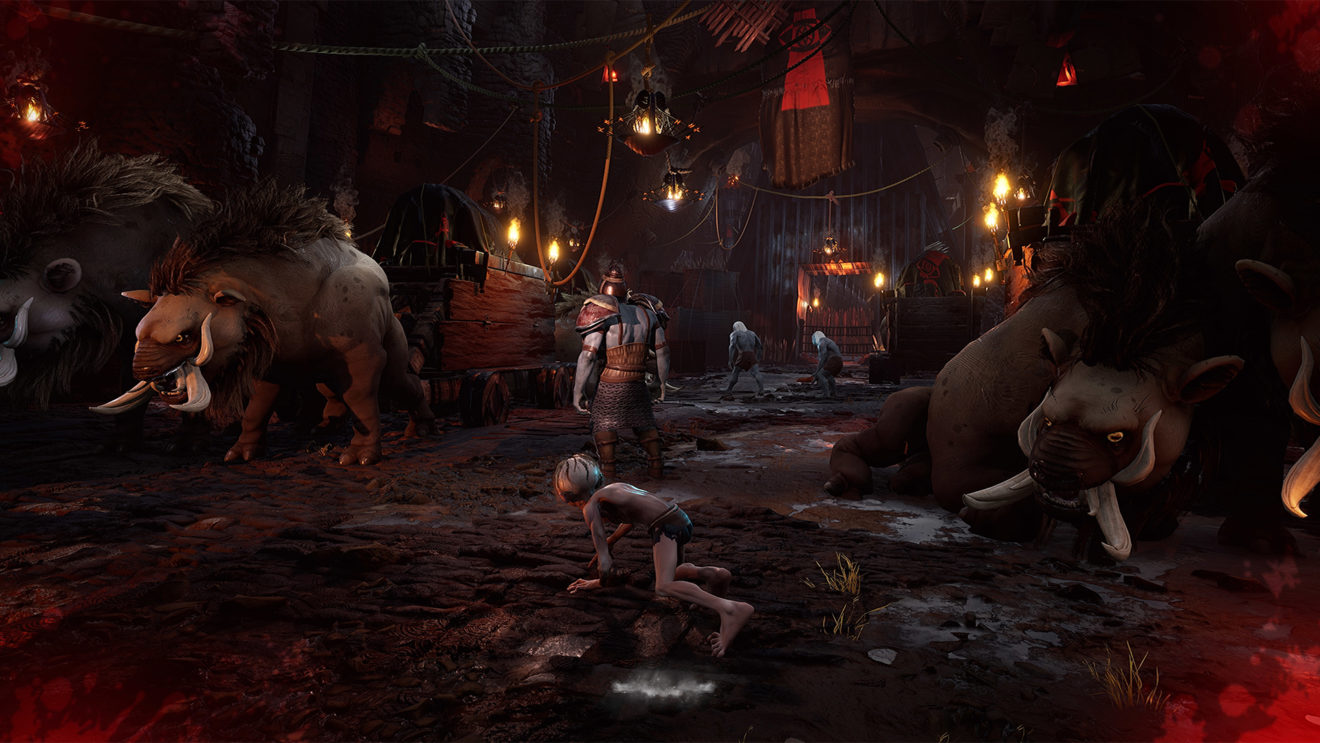 The screenshots show off several locations that will be featured in the game, including the Sauron’s stronghold of Barad-dûr and its immediate surroundings, the great forest of Mirkwood, and a tunnel filled with spiders that seems to resemble Shelob’s lair.

We also get a glimpse at some interesting gameplay mechanics. Gollum famously has conversations with his other personality, Smeagol, and Daedelic has interpreted this aspect of his character as dialogue choices that seem to pop up at certain times throughout the game. It’s unclear if these moments occur based on in-game triggers, or if they are scripted moments, but it will be interesting to see what impact they have on the mostly stealth gameplay.

Another screenshot shows a symbol that notifies the player when Gollum is being spotted by an orc guard. However, that seems to be the only UI elements that are actually on the screen. These might just be early screens that don’t include a HUD for the purpose of promoting the graphics and art style over the actual gameplay elements, but it’s also possible that the game won’t have much in the way of UI in order to create a more immersive Mordor experience.

Lord of the Rings: Gollum is scheduled to launch in 2021 for Xbox Series X, PlayStation 5, and PC. It’s unclear when we’ll get to see gameplay, but Xbox Series X is showing off first-look gameplay for next-gen games this week, so maybe Gollum will make its debut.