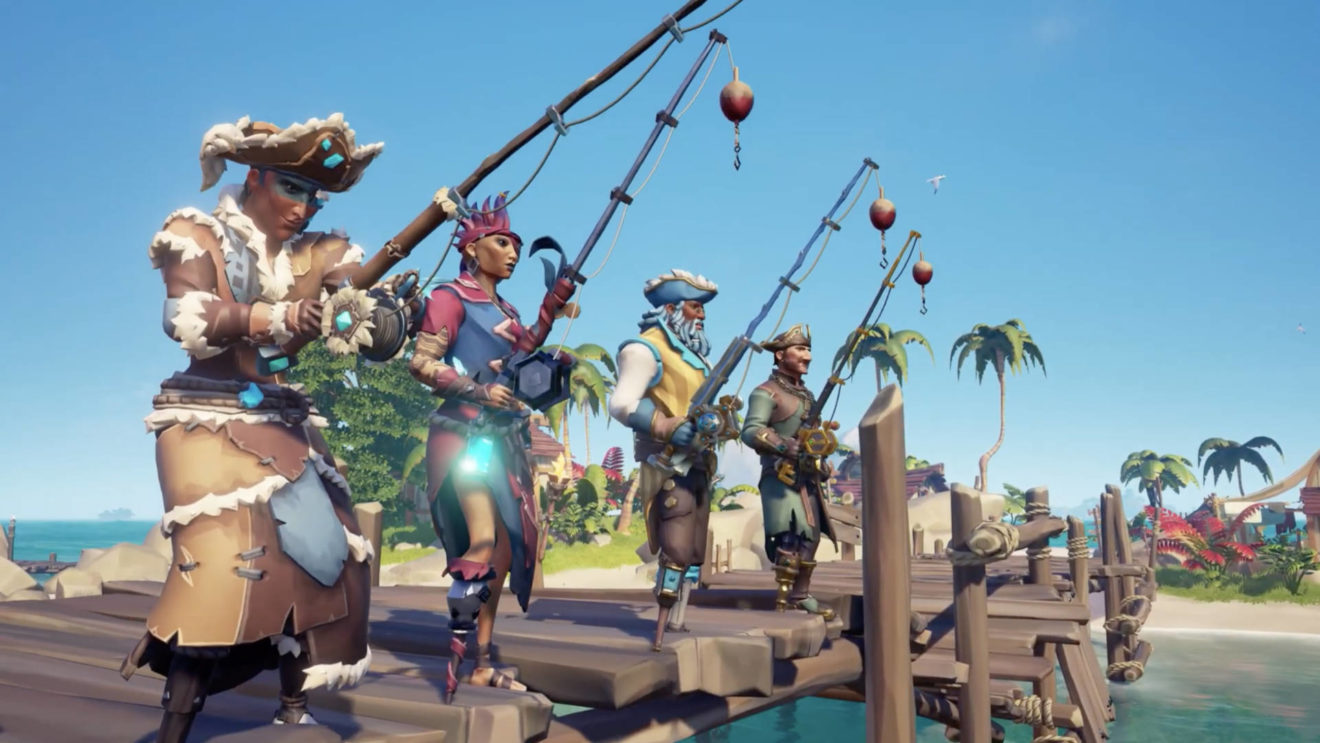 The folks at Rare have released their latest Sea of Thieves News developer video, and it gives players a look at some of what’s come in today’s mid-season update.

Executive producer Joe Neate game a few examples of some of the quality of life updates that have arrived today, including a new accessibility feature for audio, and better connections to Steam frameworks. As well, the previously-announced Xbox Series X enhancements have now hit the game, as Sea of Thieves can be played at either 4K/60FPS or 1080p/120FPS on the console.

Neate also revealed Sails of Hope, a new set of ship sails where all of the proceeds from the sails’ sales will be donated to Great Ormond Street Children’s Hospital.

From there, head of creator engagement Joe McFarlane announced a new event: the Festival of Fishing. From February 25th through March 18th, players can earn special rewards by showing off their skills at catching fish.

For more on everything that’s come to Sea of Thieves today, be sure to watch the full video above.