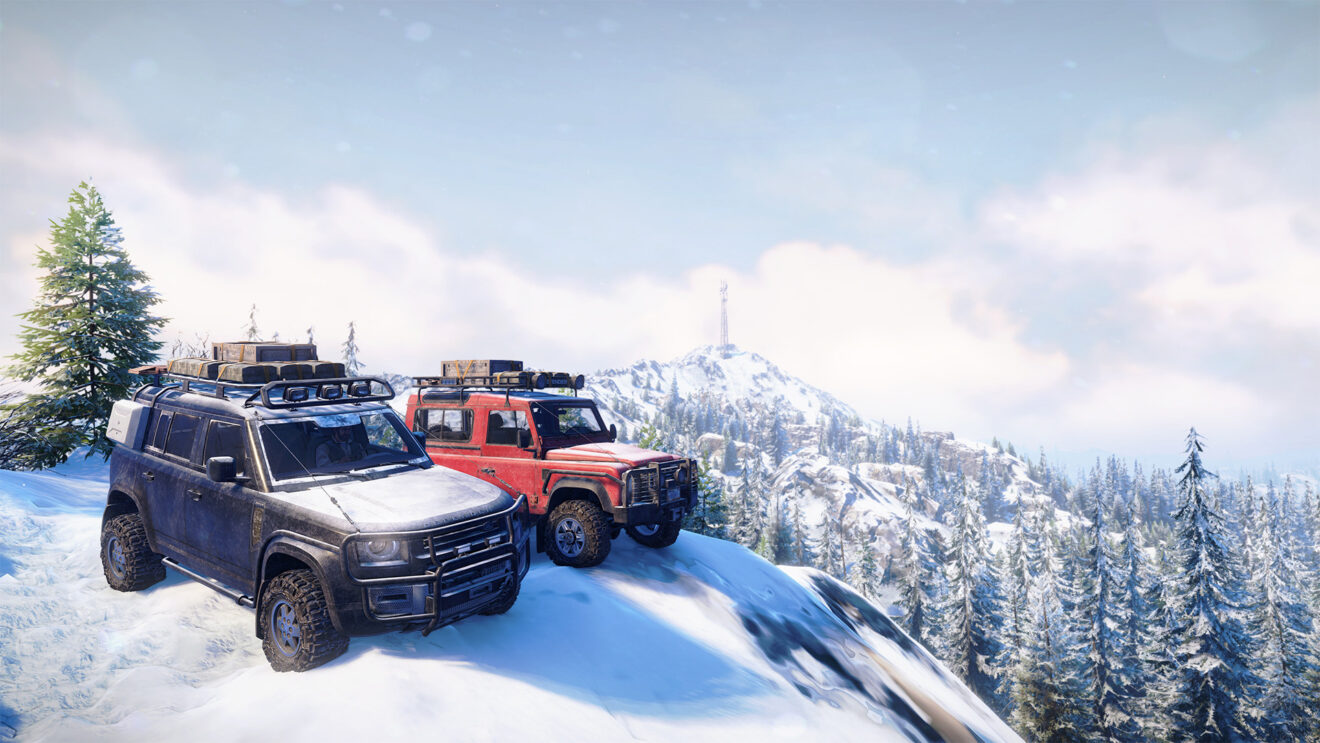 Land Rover makes its debut in SnowRunner with the release of the Land Rover Dual Pack.

This new DLC for the game includes “two generations of the legendary Land Rover Defender.” Publisher Focus Entertainment notes that the DLC is not included in either the Year 1 or Year 2 Pass.

“Faithfully rebuilt for the first time in SnowRunner, the Land Rover Defender is an overland icon which first saw the day in 1948, and is a symbol of power, durability and versatility to this day,” the publisher adds. “The Defender series has established itself as a must-have for all off-road adventurers everywhere. Its resistance to all conditions has now come to brave SnowRunner’s perilous open world!”