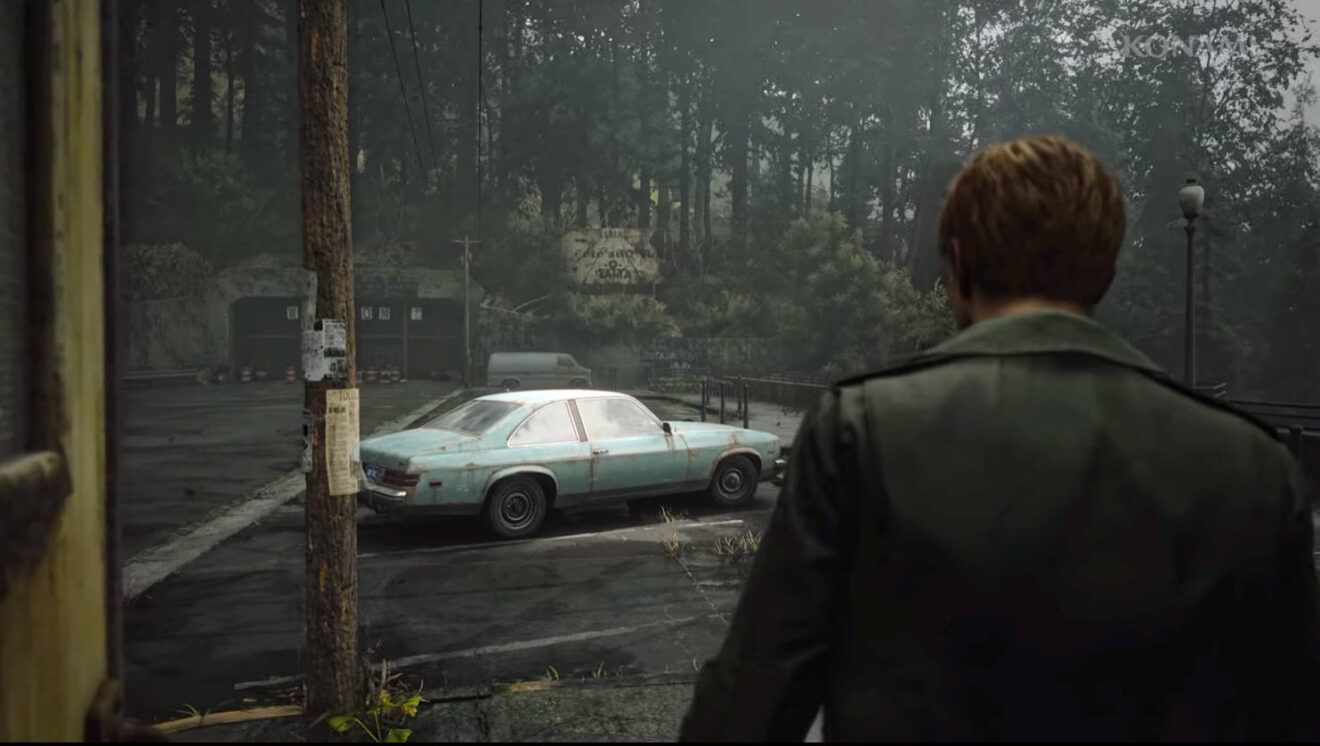 Let’s start with by far the biggest announcement. Yes, it’s true: we’re getting a Silent Hill 2 remake headed up by Bloober Team, the Polish game developer responsible for releases such as Layers of Fear, Observer, and The Medium. The remake is being worked on in conjunction with two returning members of the original team, artist and creature designer Masahiro Ito, and composer Akira Yamaoka.

Silent Hill 2 will bring with it upgraded visuals and audio along with more modern gameplay changes (including a switch to the currently trendy “over the shoulder” third-person camera angle), but Konami is supposedly keeping Bloober on an “extremely short leash in terms of changes or new content.”

Silent Hill 2 will be a 12-month console exclusive on PlayStation 5, but will also launch on PC day one.

Next up is Silent Hill: Townfall, which Konami describes as a “co-production with Annapurna Interactive (Stray) and multiple BAFTA award winning No Code Studios (Stories Untold, Observation).” Otherwise, there’s little to know about what exactly this’ll be until we get more details next years.

Following that comes Silent Hill: Ascension, a “new interactive streaming series where the entire community shapes the canon of Silent Hill” coming from Konami, Genvid, Bad Robot Games, Behavior, and DJ2. In an interview with Genvid CEO Jacob Navok, he explained the game as “a new kind of Silent Hill” that “takes that feeling of communal fear to a massive scale.”

He goes on to describe Ascension as “a live, real-time interactive series, where millions of fans will watch together as the chilling story unfolds.” He continues, saying that players “can change its outcomes, and even be a part of scenes.”

According to Navok, there is “no reset button” in this game, and “the decisions you make mean life or death in the story. It’s your chance to shape Silent Hill canon. Forever.”

Finally, we get to what has to be the most interesting announcement for me personally—even if it isn’t really a Silent Hill game in my eyes, since it doesn’t seem to take place anywhere near the town. Silent Hill f will be “a completely new story set in 1960’s Japan featuring a beautiful, yet horrifying world.”

The writer on Silent Hill f is Ryūkishi07, a Japanese author famous for works such as the When They Cry visual novel series. The game looks like a great dose of J-horror that some of us know and love, and while it does bear some similarities to the leaks we’ve seen surrounding project Sakura, I’m not ready to say that the two have anything in common just yet.

Which, of course, is funny, given that the original movie did get a sequel in Silent Hill: Revelation, which was actually based more on Silent Hill 3. While the first movie certainly wasn’t perfect, it was far better than I ever expected it’d be, and seemed to set up a second film putting Sean Bean’s Christopher in a position to play a similar role to James. The era of that happening now seems to be long past, however, so I’m curious to see how things will turn out now all of these years later.