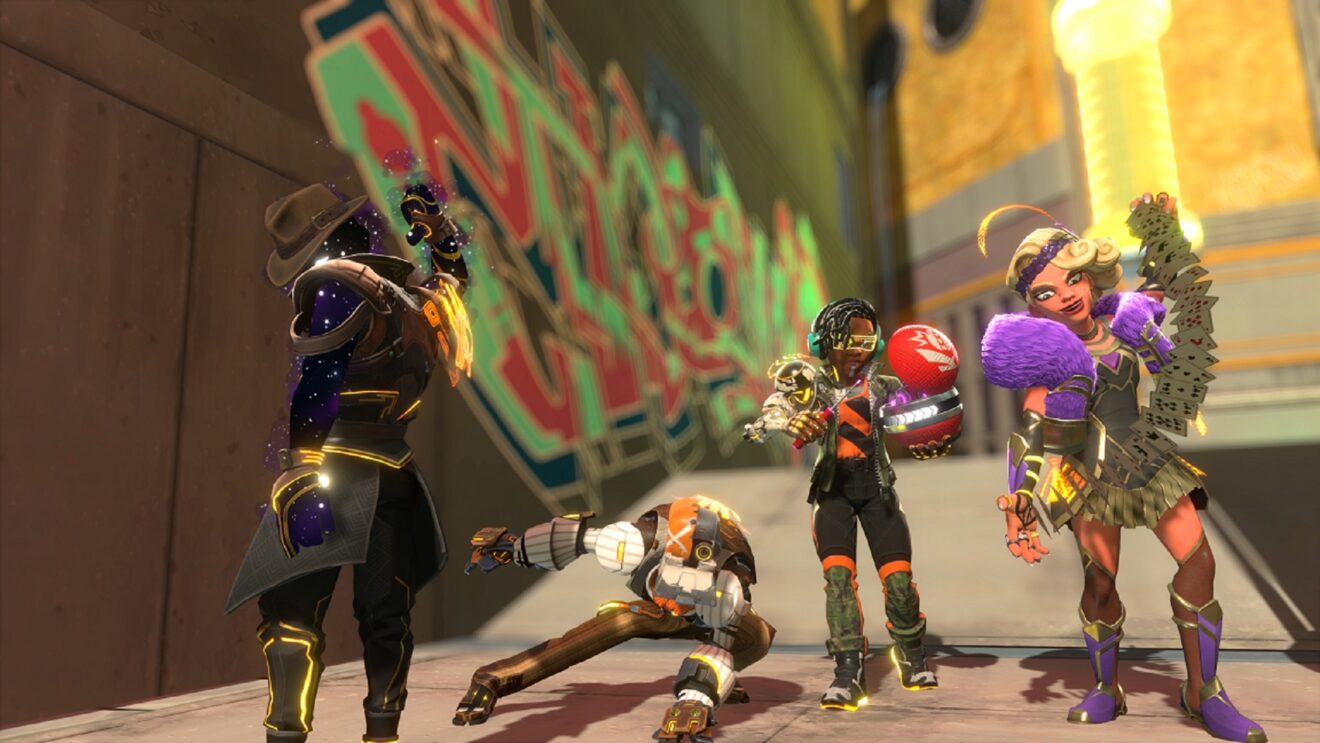 Velan Studios has revealed that Season 8 of Knockout City, titled High Society Heist, is scheduled to release on November 29th.

This upcoming season brings with it several new characters for players to use in matches, including Voxanne Valentine, Mugshot, Hax, The Shadow, and Commissioner Chase. Additionally, Knockout City’s crossover with Teenage Mutant Ninja Turtles continues with the introduction of Bebop and Rocksteady in a new pack for $19.99.

A new season also means a new Brawl Pass for players to work through. Play games to progress through either the free or premium version of the pass to unlock various cosmetics.

In addition to the above items, the Poison Ball makes its debut in Season 8. When thrown, this ball discharges a dangerous gas when hitting a brawler or hard surface which will drain the hearts of players in it. Charge up the ball to create a bigger cloud.

Finally, Season 8 introduces Brags, a new way for players to show their style. Shown during intros and outros, these brags spice up nameplates with stats and artwork.