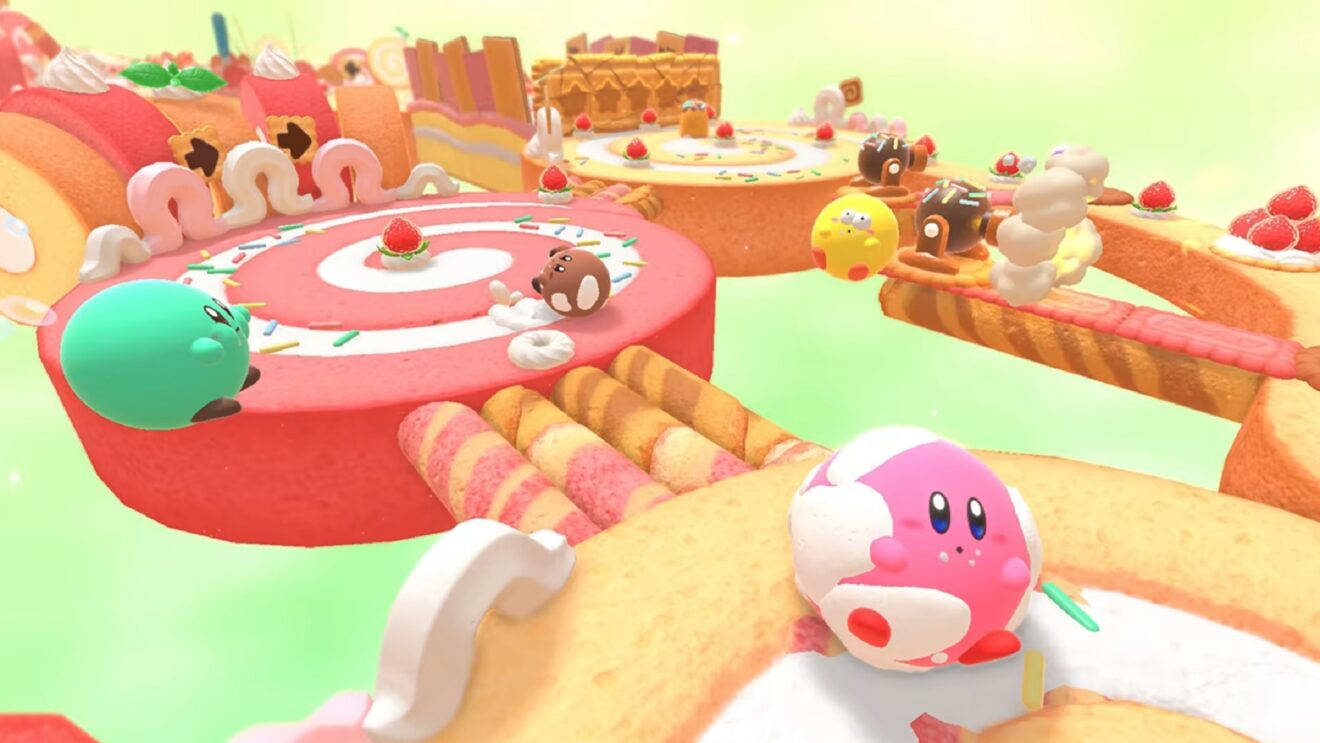 In the upcoming game, players are tasked with rolling through food-themed stages as a miniature Kirby, with the aim being to collect as many strawberries as possible. There are four modes to choose from: Race, Minigame, Battle Royale, and Gourmet Grand Prix.

Races see up to four players competing to be the first to cross the finish line while collecting as many strawberries as possible. Various powerups are available to aid players, including Tornado, Jelly, and more.

Next is Minigame, in which players must collect as many strawberries as they can within the time limit. While Battle Royale is a four-way battle that centers around stealing strawberries from opponents.

The fourth and final mode, Gourmet Grand Prix, combines all three of the above modes, with Races split up by Minigames and a Battle Royale finale.

As for rewards, players can earn new costumes and colors for Kirby, character-based treats, and new stages by collecting strawberries.