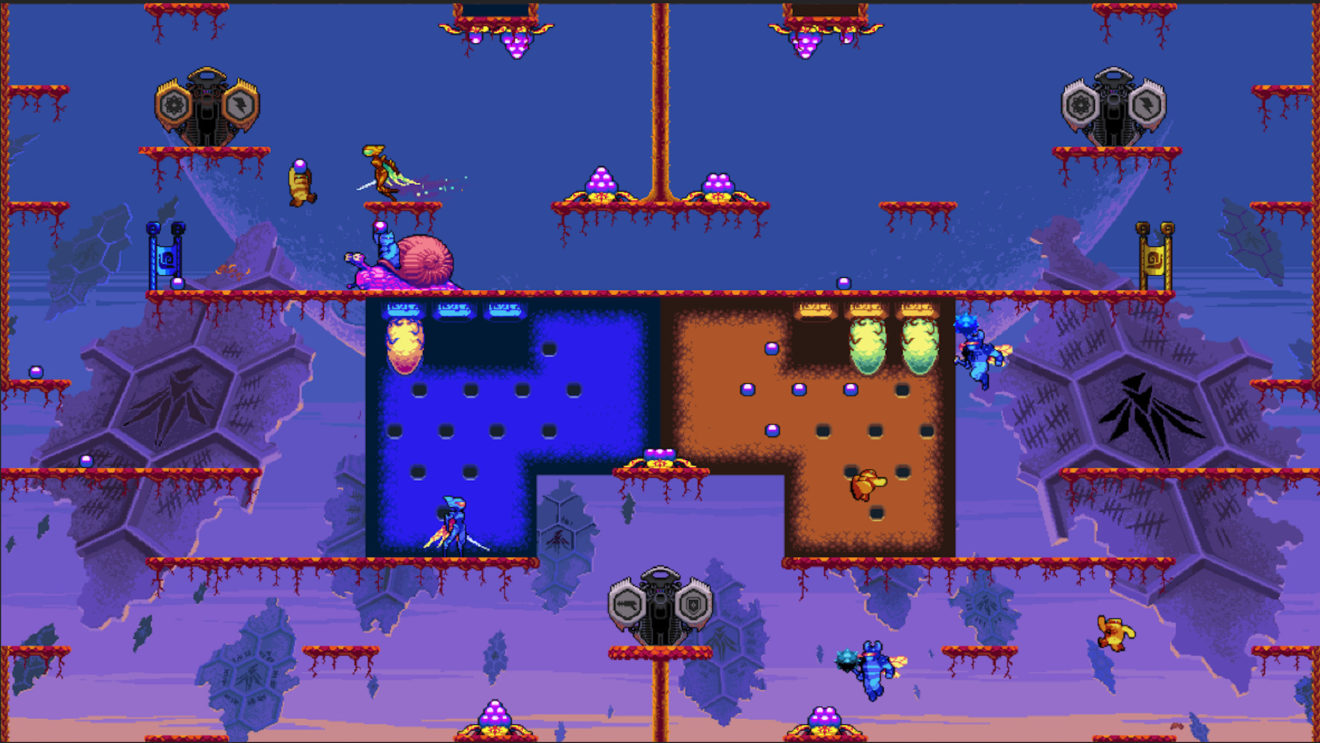 The 4v4 team-based game lets players take control of either a queen or one of three workers in a battle to protect their hive. Players can claim victory by defeating the opposition queen, collecting a certain number of berries, or by jumping on the snail.

“We’re happy to bring Killer Queen Black to Xbox Game Pass and expand our community even further, thanks to cross-platform support,” Matt Tesch, co-founder of Liquid Bit, said. “Our game’s arcade-inspired nature thrives when new players get to learn the ins and outs of everything, from how to fly like a champ to how to pull off sneaky Snail Victories.”