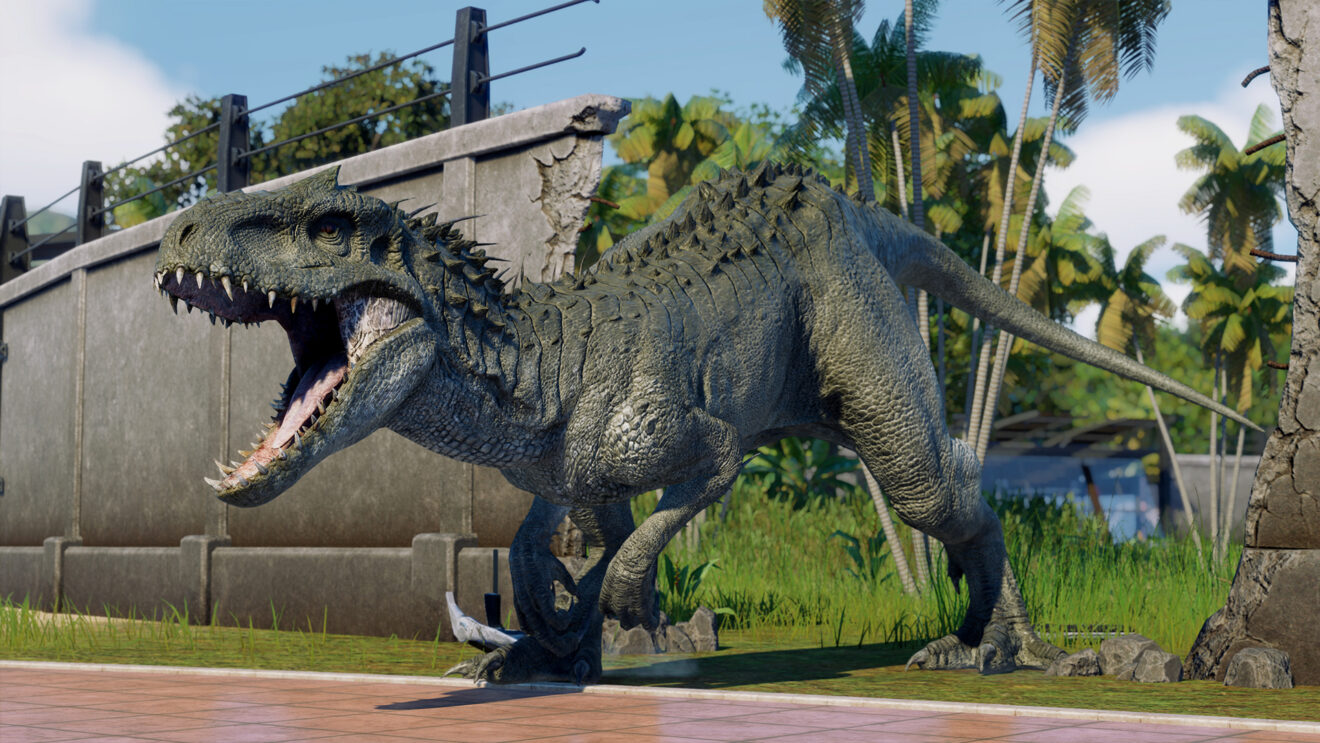 Jurassic World Evolution 2 is available now on PlayStation, Xbox, and PC, and to celebrate Frontier Developments has shared an official launch trailer.

The sequel’s campaign is set after the events of Jurassic World: Fallen Kingdom and features Claire Dearing (voiced by Bryce Dallas Howard) and Dr. Ian Malcolm (voiced by Jeff Goldblum). Players will join forces with Cabot Finch to help the DFW (Department of Fish and Wildlife) set up new facilities for wild dinosaurs across the United States.

Players can also jump into the new Chaos Theory mode and play through various moments from all five films in the Jurassic World franchise in various “what if” scenarios. Some of these events include showcasing a T. rex in the San Diego Amphitheatre, running an operating Jurassic Park, and more.

A Deluxe Edition of the game is also available to purchase from today that includes three exclusive vehicle skins inspired by the Dinosaur Protection Group, six guest building amenity signs, and five additional prehistoric species to add to the Challenge and Sandbox modes.