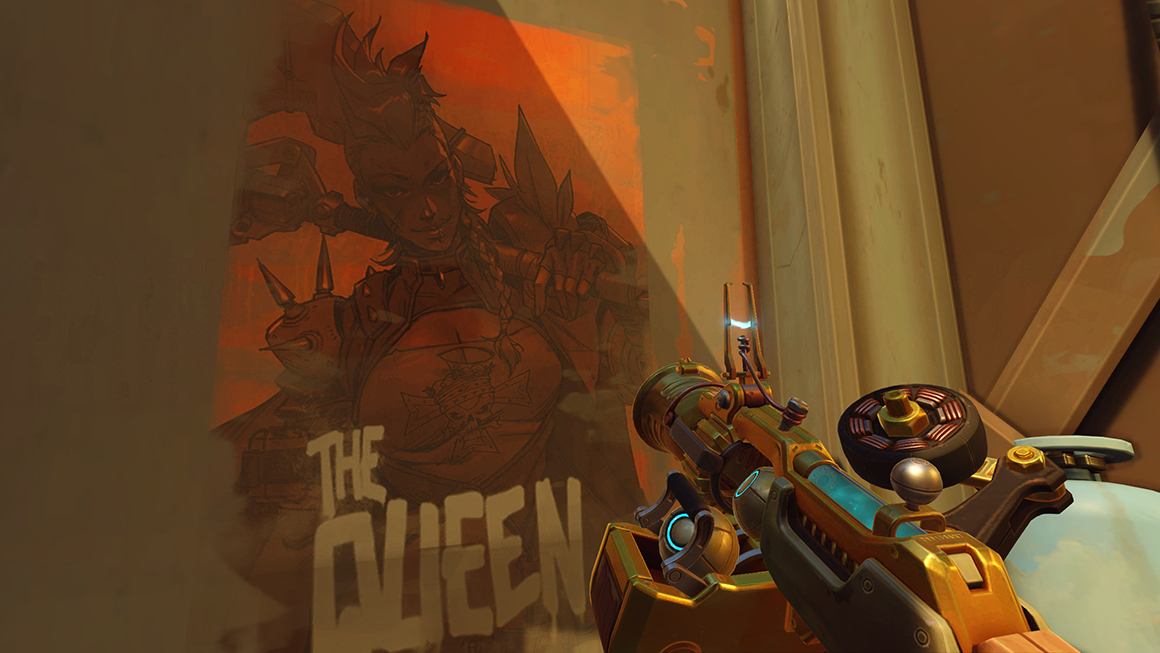 Oh honey, season five champion of RuPaul’s Drag Race, Jinkx Monsoon, is looking to take the throne as a new queen, that of Overwatch’s Junkertown.

The campaign for the crown began last week, when a Monsoon (the drag queen persona of Jerick Hoffer) uploaded art that a fan had created, depicting the Seattle queen—and known gamer—as the matriarch of Junkertown.

While not yet a playable character, the Queen of Junkertown has been seen a couple pieces of art in the Junkertown map, and already has talent attached. In fact, you can hear the uncredited voice actress in the reveal trailer for the map.

However, that wasn’t enough to discourage the Drag Race star from giving it their best effort. Early in the morning on Tuesday, Monsoon once again took to the social media platform, this time tagging in senior casting & voice director at Blizzard Entertainment, Andrea Toyias.

Overwatch is no stranger to celebrities attempting to join the camp, with Terry Crews (Brooklyn 99) vying to voice the character of Doomfist last year (a role that was later filled by actor Sahr Ngaujah). While we may have expected to see a longer tease come from Blizzard, especially with Hoffer possessing voice-over credits such as Steven Universe, Toyias was relatively quick to reply.

“We already have that Queen,” Toyias responded in a subtweet. “However, now that our paths have crossed, I’ll have to poke around and see if anything comes up.”

While this is far from a confession that the Queen of Junkertown may become a playable character in Overwatch‘s future, personally we hope it means that Jinkx may not have to “sashay away” from their dream gig, voicing a character in one of their favorite games.

But for now, it’s just water off a duck’s back.

You can play the most recent Overwatch event, Retribution, until April 30th on Xbox One, PlayStation 4, and PC.

Matt learned how to play video games from his grandma, who bravely adventured with him through the “terrifying” halls of Shadowgate. He plays a lot of Dungeons & Dragons on a podcast with comedians.