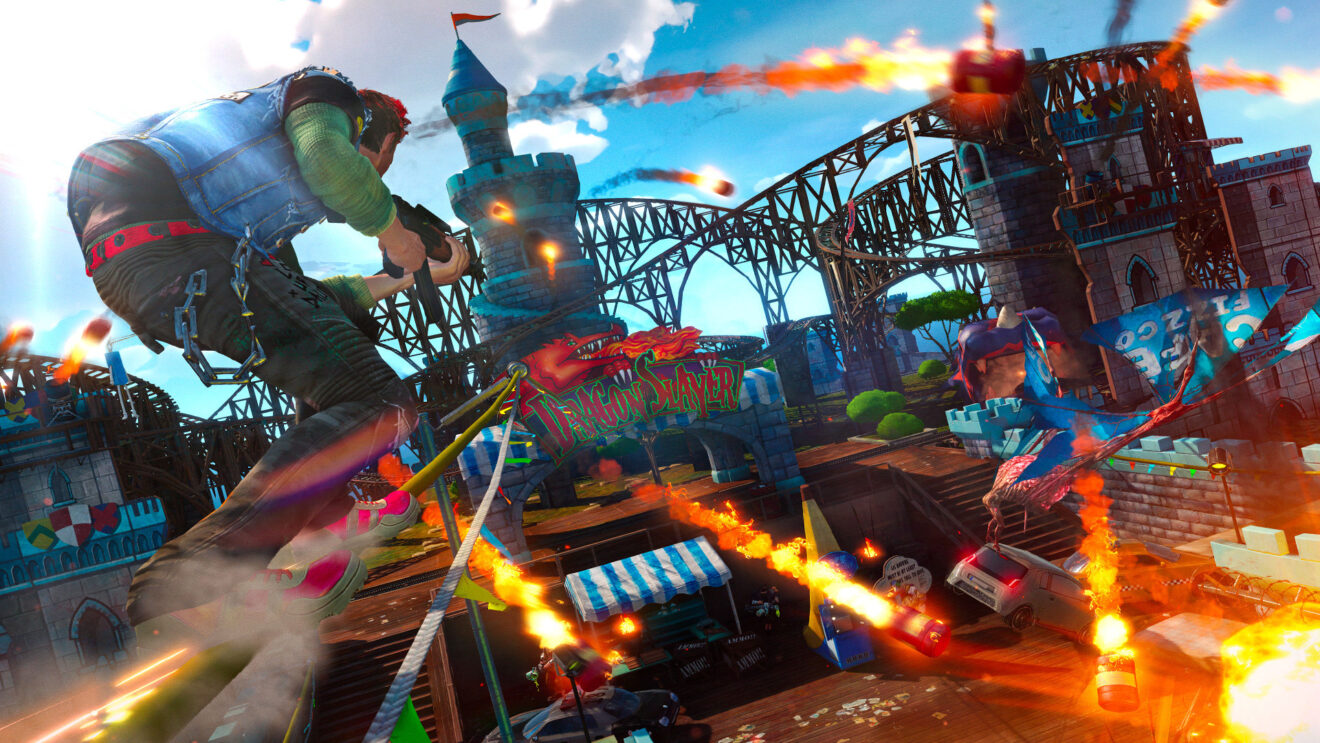 Is Sunset Overdrive poised for a comeback on PlayStation?

A recent dive into the U.S. Patent and Trademark Office database has kicked off speculation that Sony will revive Insomniac’s Sunset Overdrive as a PlayStation exclusive—but all the excited reporting is leaving out some pretty crucial information.

Could the 2014 Xbox One exclusive, which mixed third-person shooting and freeform movement around an open-world beset by mutated energy-drink monsters, really be coming back as an exclusive on a competing platform? Let’s take a look at the actual facts.

IGN reported this morning that Sony now holds the trademark for Sunset Overdrive, citing a post from Twitter user Nibel. This is true—but a little misleading as reported. Actually, the listed owner on the trademark is still Insomniac Games, just as it has been since 2013. Technically, though, since Sony bought Insomniac Games in 2019, they own all of Insomniac’s trademarks, and have for years now—no change there.

The (sort of) new thing Nibel actually noticed is that in March 2020 the Attorney of Record and Correspondent both changed from a law firm used by Insomniac to Sony’s in-house counsel on trademarks. The fact that the trademark page currently lists an update from last month merely reflects that in January Sony and Insomniac filed paperwork to confirm they’re still selling the game, with a screenshot of the Steam page as proof. The U.S. Patent and Trademark office accepted that on April 26th.

But this isn’t any shocker, either. After the acquisition Sony apparently decided to update all of the developer’s existing trademarks to list Sony’s attorneys. What the reporting from IGN and elsewhere leaves out is that Sunset Overdrive is not the only game to get this treatment, not by a long shot. The most extreme example: Insomnaic’s multiplatform shooter Fuse now lists Sony attorneys on its trademark, and there’s not a chance in hell that game is ever coming back in any form. It’s been seven years and its Metacritic scores were in the low 60s. You’ve probably already forgotten it existed.

Does that mean Sunset Overdrive definitely isn’t getting a remaster or a sequel as a PlayStation exclusive? Of course not. It very well might return in some form. But a year-old update to a trademark database doesn’t prove or disprove anything about Sony’s future plans. The company would’ve have taken these steps whether or not a Sunset comeback is in the works. This was just an administrative move in the wake of a corporate acquisition.

Boring, sure, but the truth is often way more boring than internet hype.