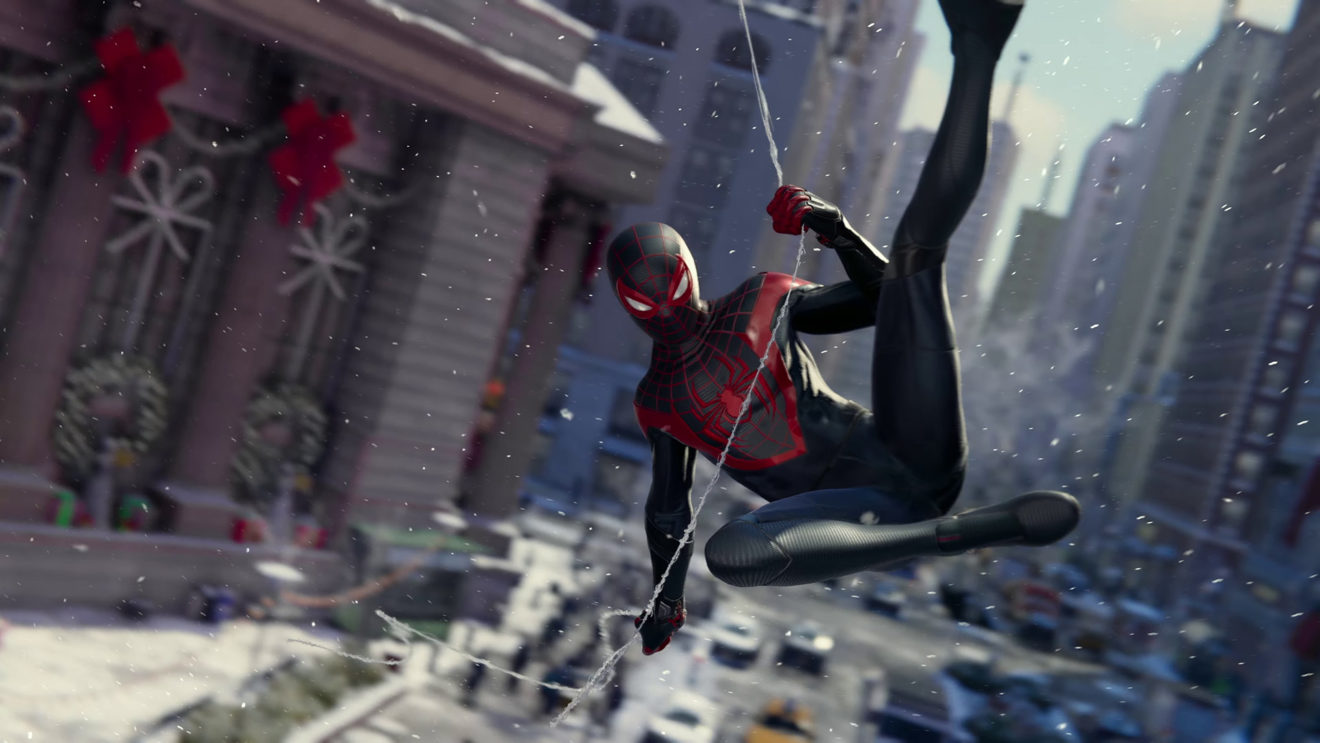 Last week, Insomniac Games debuted Marvel’s Spider-Man: Miles Morales during Sony’s PlayStation 5 reveal event, but there were still a few lingering questions about what is being referred to as “more akin to a game like Uncharted: The Lost Legacy in terms of overall scope.” Now, the game’s creative director, Brian Horton, has given us some more details about what to expect from Miles’ adventure.

In a recent blog post, Horton detailed some key information about the game, including when and where it’s set, as well as the main conflict that Miles will be dealing with in his first video game outing as Spider-Man.

According to Horton, Miles Morales will be an “origin story” for Miles’ rise as Spider-Man (even though he already got his powers in the first game) that’s set in the winter “about a year after the events of the first game.” From this, we can guess that Peter has been teaching Miles some tricks for the past year before letting his protege loose to fight crime.

As for the conflict at the center of Miles’ origin story, Horton states that “a war between an energy corporation and a high-tech criminal army has broken out” and that “Miles’ new home in Harlem is at the heart of the battle.” The character of Miles Morales is usually connected to the New York City borough of Brooklyn and not Harlem, but it looks like Harlem will be an additional setting, as well as settings that will be familiar to those of us who played the first game. As for who these two combatants are, there is no shortage of evil corporations in the Marvel universe to choose from, but we’re guessing that it’s Roxxon Energy Corporation. As for the high-tech criminal army, we’re still guessing that it could be a new take on the Prowler, considering Miles’ uncle Aaron is the Ultimate version of the character.

Horton compares the scope of the game to Uncharted: The Lost Legacy, which presented a fully developed (albeit shorter) spin-off campaign in its respective series. Horton calls Miles’ story an “important, heartfelt, emotional and essential experience to expanding the Marvel’s Spider-Man universe.” Horton also clarifies that the first game’s Peter Parker “is OK” and that the writers at Insomniac “still have much of Peter’s story left to tell,” but that “this game is all about Miles, a critical part of our Spider-Man universe.” What’s interesting to note is that there’s no indication that this is the only time we’ll play as Miles, and that it seems like he will continue to play an important role in future Spider-Man games. We’re still guessing that Marvel’s Spider-Man 2 will be a co-op adventure where Peter and Miles work together.