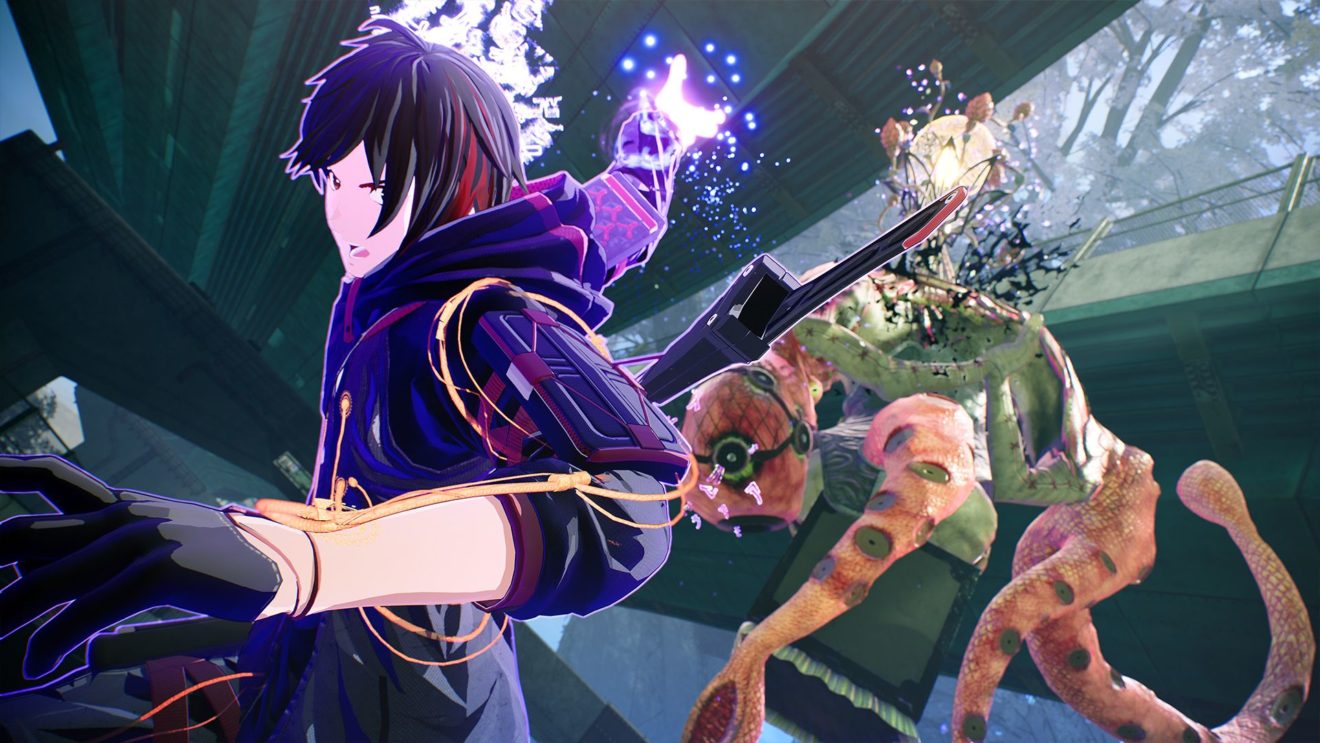 Beyond the big hitters like Assassin’s Creed Valhalla, Vampire: The Masquerade – Bloodlines 2, and Yakuza: Like a Dragon, the latest Inside Xbox (or Xbox 20/20, or whatever they’re calling it nowadays) revealed a ton of new games that are coming to Xbox Series X.

Scarlet Nexus is a new game from Bandai Namco that looks sort of like a spiritual successor to Code Vein, though with a more high-flying action style reminiscent of PlatinumGames. It takes place in a world where unstoppable monsters have invaded, and an elite group of psionic operators are the only thing standing in their way.

Scorn is a puzzle-horror game developed and published by Ebb Software. Taking place in an H.R. Giger-inspired world, Scorn sounds like the nightmare version of The Witness. “Isolated and lost inside this dream-like world, you will explore different interconnected regions in a non-linear fashion,” the official description states. “Every location contains its own theme, puzzles and characters that are integral in creating a cohesive world.”

Chorus is a space-combat shooter with a touch of the occult. Players control Nara, an elite pilot who is a fugitive from the organization Circle that she used to fight for. Now, she’s on the run and hunting down the “dark cult that created her.” The trailer is reminiscent of Hellblade: Senua’s Sacrifice in space, and also features Nara’s “sentient starfighter,” Forsaken. Chorus will be available for both Xbox One and Xbox Series X and will be a Smart Delivery game, so that makes us think we’ll be seeing Chorus as a possible launch title or at least before the end of the year.

Second Extinction is a 3-player co-op shooter that looks like Turok on steroids. The setup is simple: “Your goal is to wipeout the mutated dinosaurs that have taken over the planet. Teamwork is vital as you adopt the role of one of the survivors, using a combination of weapons, abilities and skills to take on the vast number number of enemies.” It’s also launching for current- and next-gen Xbox consoles and will be a Smart Delivery game.

Another first-person adventure puzzle game but set in a slightly more colorful and welcoming environment than Scorn, Call of the Sea takes place in the 1930s and tells the story of Norah, who’s “on the trail of her missing husband’s expedition” in the South Pacific. Again, this game looks like it will appeal to players who enjoyed The Witness, though with a more overt narrative. It’s launching for Xbox One and Xbox Series X as a Smart Delivery game.

Last but not least is Neon Giant’s debut game, The Ascent, a co-op isometric action RPG set on the cyberpunk world of Veles. The Ascent puts players in the role of an enslaved worker for the titular corporate-run metropolis, who is caught in the middle of a chaotic upending when The Ascent Group shuts down and automated security goes haywire. The Ascent looks like a cool mixture of isometric shooters and deep and varied RPG progression. It’s also an Xbox One and Xbox Series X Smart Delivery game, and it’s launching this year.