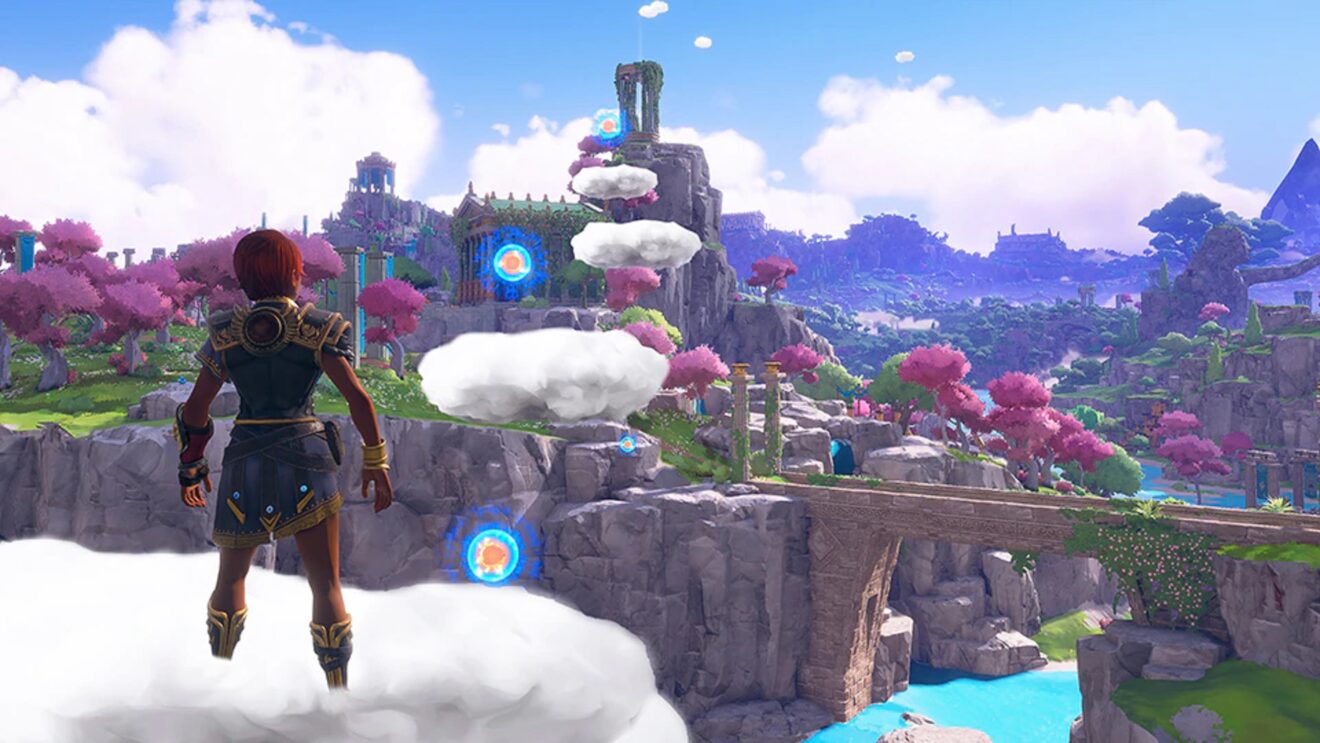 The second of three planned DLCs for Immortals Fenyx Rising, titled Myths of the Eastern Kingdom, launches for all platforms on March 25th, Ubisoft has confirmed.

The DLC tells a story inspired by Chinese mythology and development is being led by Ubisoft Chengdu. Players will be introduced to a new open-world, new characters, and a new hero named Wu.

Before the DLC releases, players can play through a special primer quest. The quest is titled We Are Not Alone and can be found at the southern end of the Valley of Eternal Spring. Players who complete the “stamina-testing platforming challenge” will be rewarded with “an appropriately themed prize.” However, completing the quest isn’t required to access the DLC.