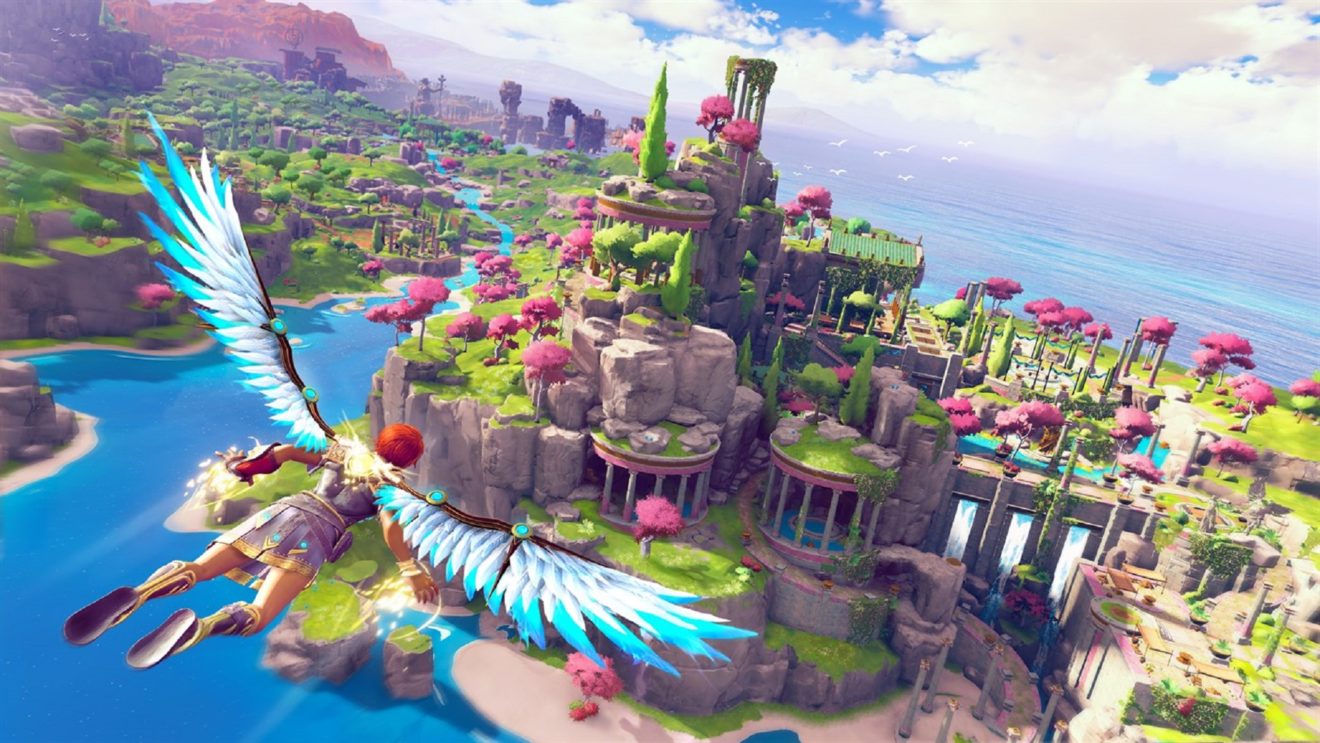 First up are three DLC expansions: A New God, Myths of the Eastern Realm, and The Lost Gods. All three of these expansions are available as part of the season pass, which also includes a bonus quest called When the Roads Get Rocky.

A New God sees Fenyx ascending to Olympus as a fully-fledged god to take on a new adventure. Fenyx will have to complete a number of challenges for the gods that include new types of puzzles before eventually taking on Zeus. While Myths of the Eastern Realm follows the story of a new hero called Ku who embarks on a mission to rescue mortals in a new open world.

The third and final DLC, The Lost Gods, introduces a new hero called Ash and a new top-down gameplay style. Ash has been chosen by Fenyx to bring back the lost gods and restore balance to the world.