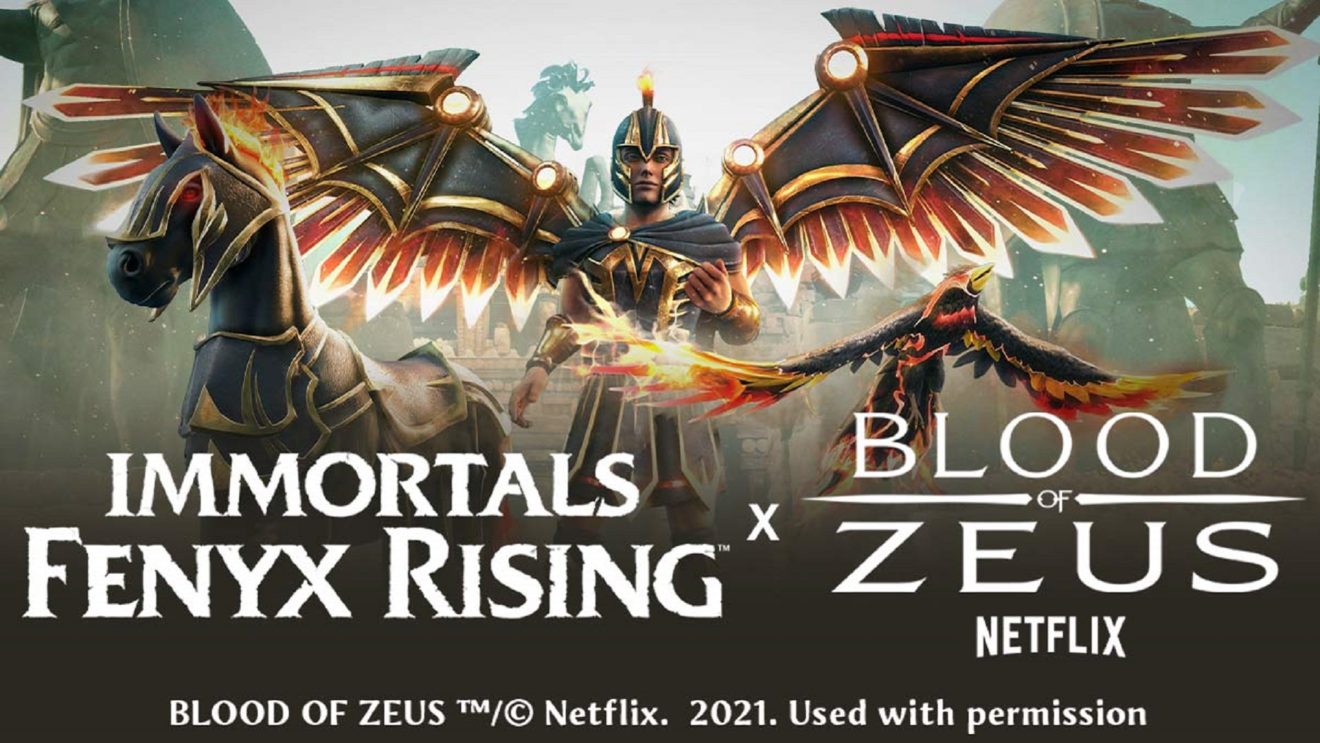 Ubisoft has announced a crossover event with Netflix’s Blood of Zeus for Immortals Fenyx Rising.

From now until January 28th, players can tackle the Blood of Zeus-themed quest A Tribute to Family. This quest tasks players with defeating two mythical creatures from another world and will reward the Eagle pendant and Blood of Zeus-inspired customization options upon competition.

Also available from today are a new weapon and character pack. Purchasing these packs will unlock themed skins for Fenyx’s sword, axe, and bow, as well as customization options for Fenyx’s armor, helmet, wings, mount, and Phosphor with a Blood of Zeus flair. These packs will still be available to purchase after the event ends.