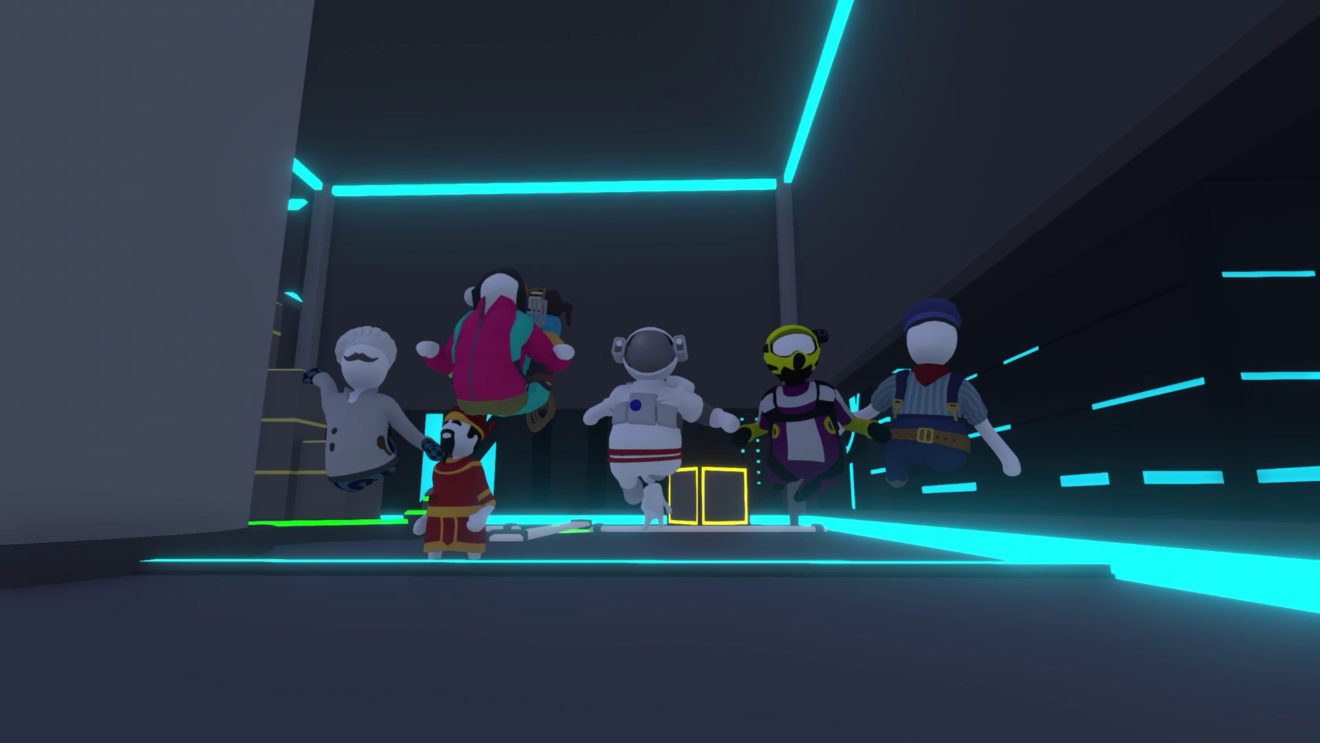 Curve Digital and No Brakes Games have released a new level for Human: Fall Flat on PC and consoles.

The City level is available for free and lets up to eight players explore a world full of neon skyscrapers and sporting challenges. While navigating the City, players will be able to partake in bowling, basketball, drone flying, and more.

In addition to the City, console players are also getting the Golf level that was added to the PC version earlier this year. The level was designed by community creator Simon Isacsson Andersen and features giant golf clubs that will launch players and numerous traps and contraptions.