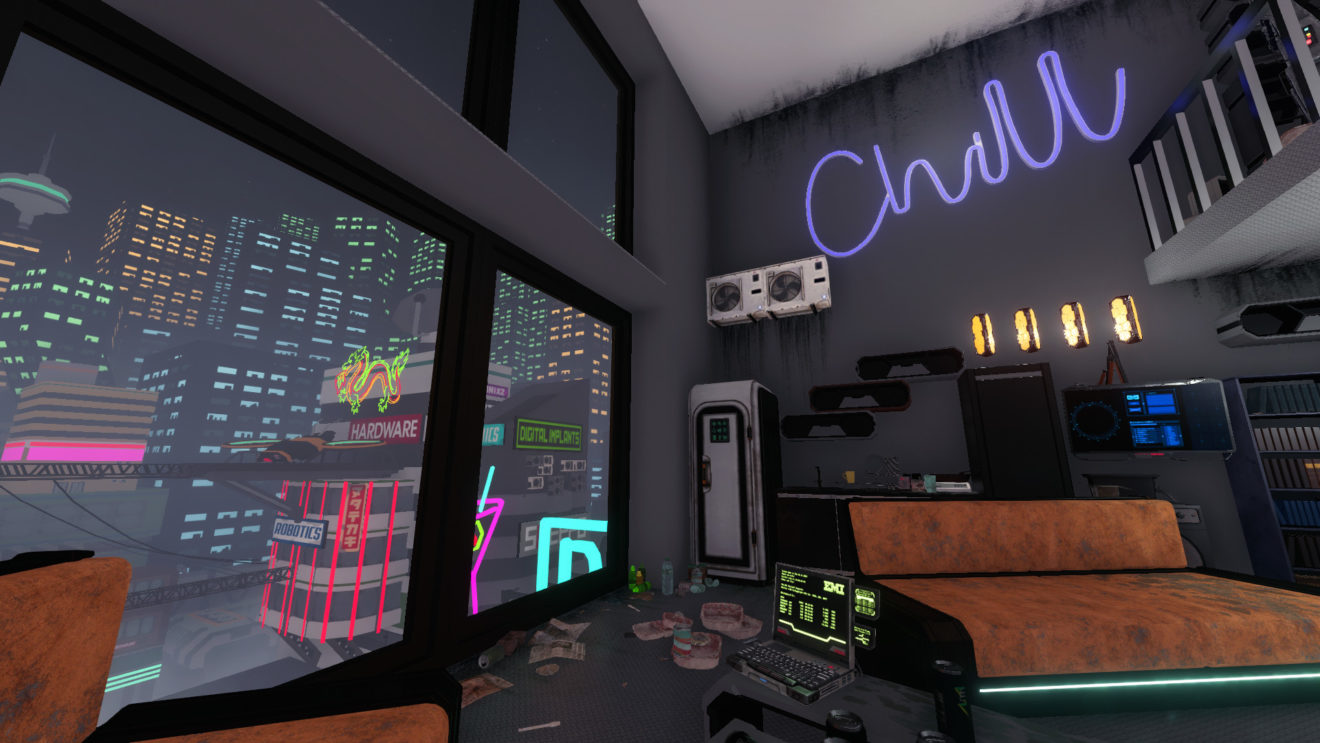 House Flipper is getting some free cyberpunk-themed DLC

Some free cyberpunk-themed DLC is on the way for house renovation sim House Flipper, publisher Frozen District has announced.

The Cyberpunk DLC introduces a new futuristic apartment to renovate, a cybernetic skin for the player’s hands, and more than 60 cyberpunk-themed items. Get a sneak peek at the new apartment below:

“We are all gamers here at Frozen District, and we’re incredibly hyped for the upcoming launch of one of the CD Projekt’s biggest titles. Our development teams have extensively voted on the idea of creating a Cyberpunk-themed DLC for House Flipper, so we decided to go for it. We can now confirm that it has worked quite well! Here we are, with a new addition to the House Flipper family, which will be available for all of our players for free,” Krzysztof Krej, Frozen District CEO, said.

PC players will be able to download the free Cyberpunk DLC for House Flipper on November 19th. While Xbox One and PlayStation 4 owners will get this new content via an update two weeks later.