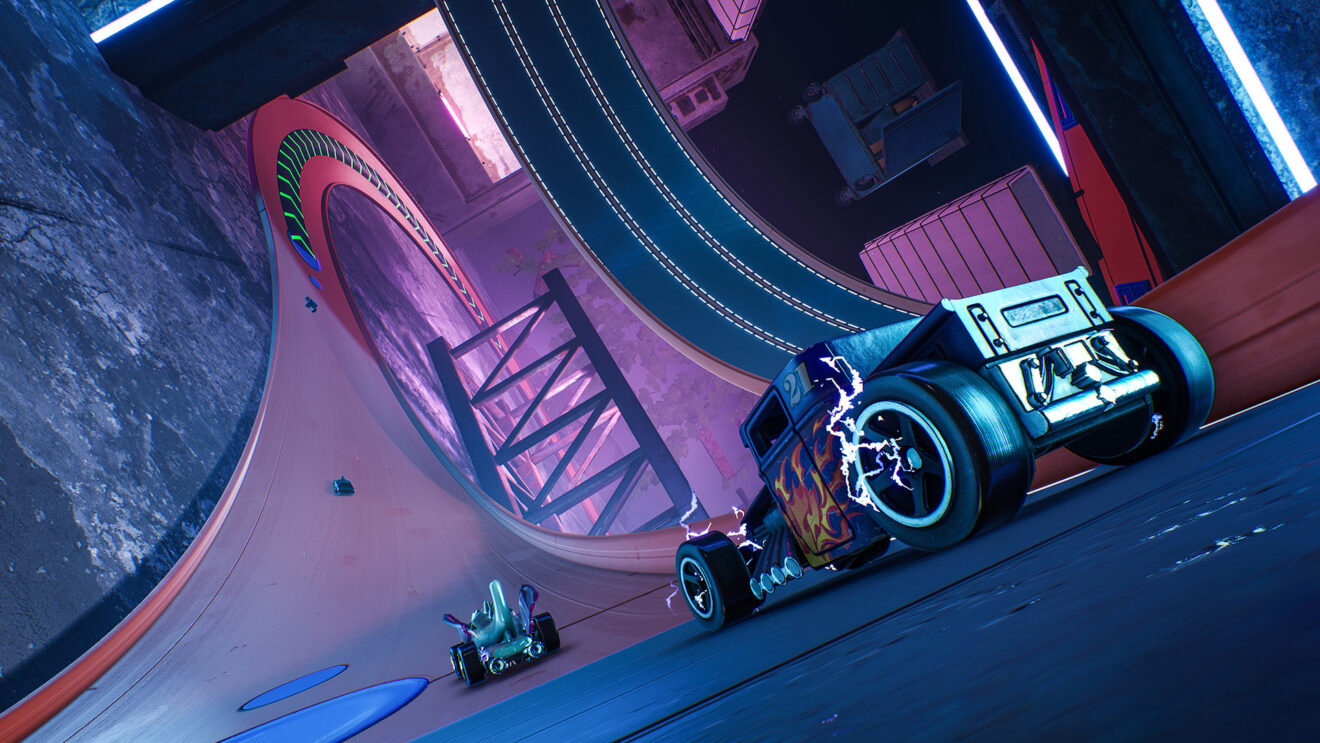 In the pre-alpha footage, we see a bunch of Hot Wheels cars racing around a classic orange track set in a vintage garage. The gameplay shows off track splits, boost pads, traps, and shortcuts, as well as six vehicles out of the game’s 60+ vehicle lineup: Rodger Dodger, Twin Mill, Rip Rod, Night Shifter, Dragon Blaster, and Sharkruiser.

As previously announced, the game will feature a number of single-player and multiplayer modes, customizable vehicles, and a Track Editor that will let players share their creations online.