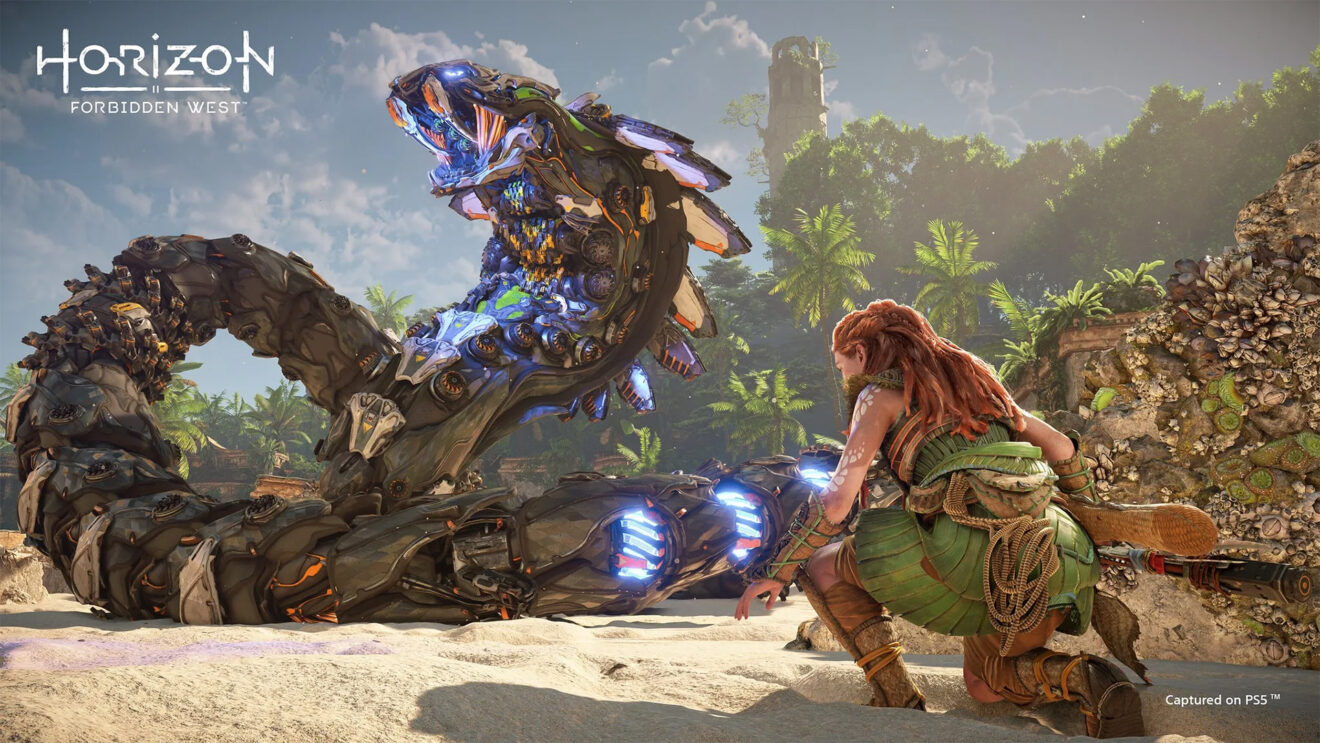 Guerilla Games has announced that Horizon Forbidden West has gone gold. That’s right: There will be no more delays ahead of the game’s launch on February 18th.

To celebrate, Guerilla has released new gameplay from Forbidden West running on a PlayStation 4 Pro. Weirdly enough, Guerilla shared the footage as GIFs… but they still look pretty good in high def.

The first clip shows Aloy visiting the Utaru tribe in Plainsong. This gives us a “glimpse at their way of living in the massive thatched canopies, built atop Old World radar dishes—both serene and defensible.”

The next features Aloy fighting off some Clamberjaws amidst the grandeur of some sequoiodeae.

Finally, Aloy takes on a herd of Bristlebacks, one of the enemies featured in the announcement trailer.