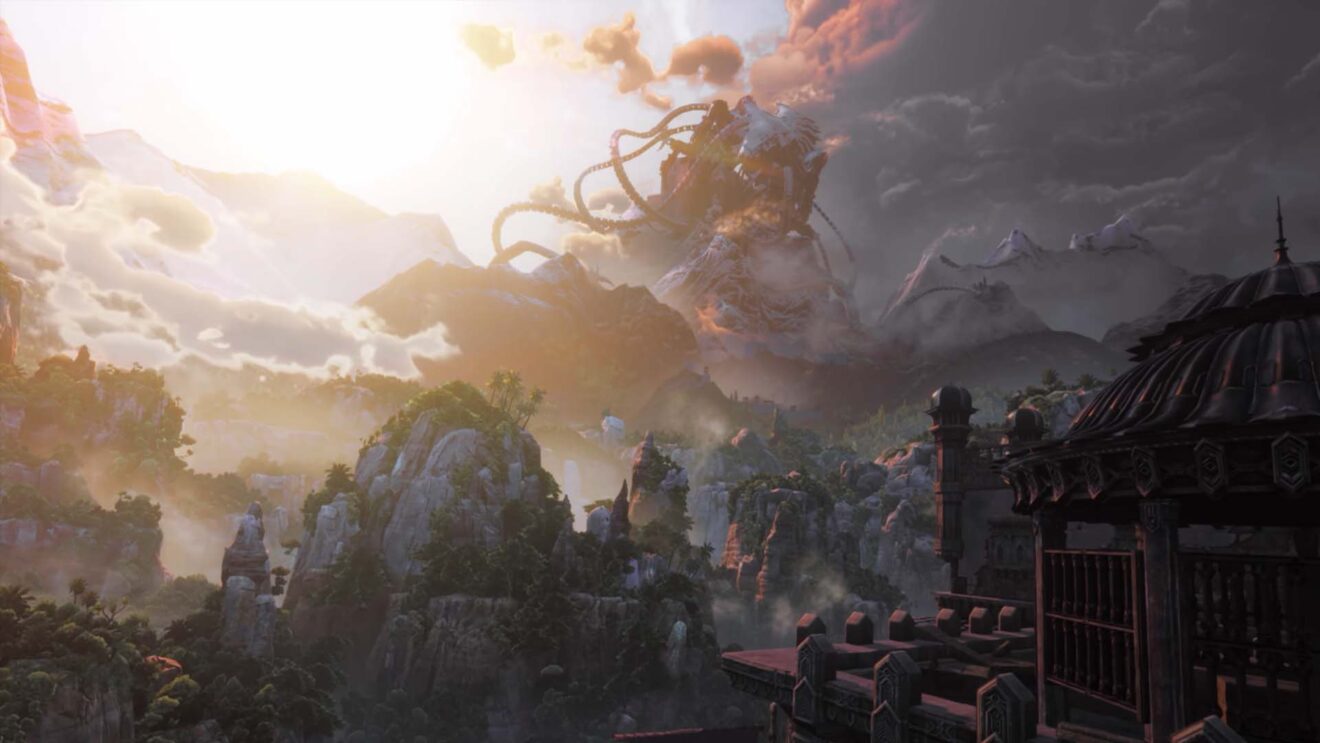 A new trailer for Horizon Call of the Mountain shows the spin-off running on PlayStation VR 2 for the first time.

In Call of the Mountain, players experience the world through the eyes of Ryas, a former Shadow Carja warrior who needs to “uncover a grave threat to the Sundom.” It looks like Ryas won’t have too easy of a time with that, as the new trailer starts with him as a hostage, floating down the river in a canoe with two attending guards.

Of course, the circumstances change when the group is attacked by wild machines and Ryas is thrown overboard. From there, it seems like players will be doing a lot of climbing, swinging, and bow-and-arrowing to complete his mission.

The trailer, unfortunately, did not give a release date.

But that wasn’t the only Horizon news we received from Guerilla during PlayStation’s June 2022 State of Play presentation. Forbidden West also received a free update, which introduces New Game+, outfit transmog, and the ability to respec your skills, among more changes. The update is out now and free to anyone who owns the game.