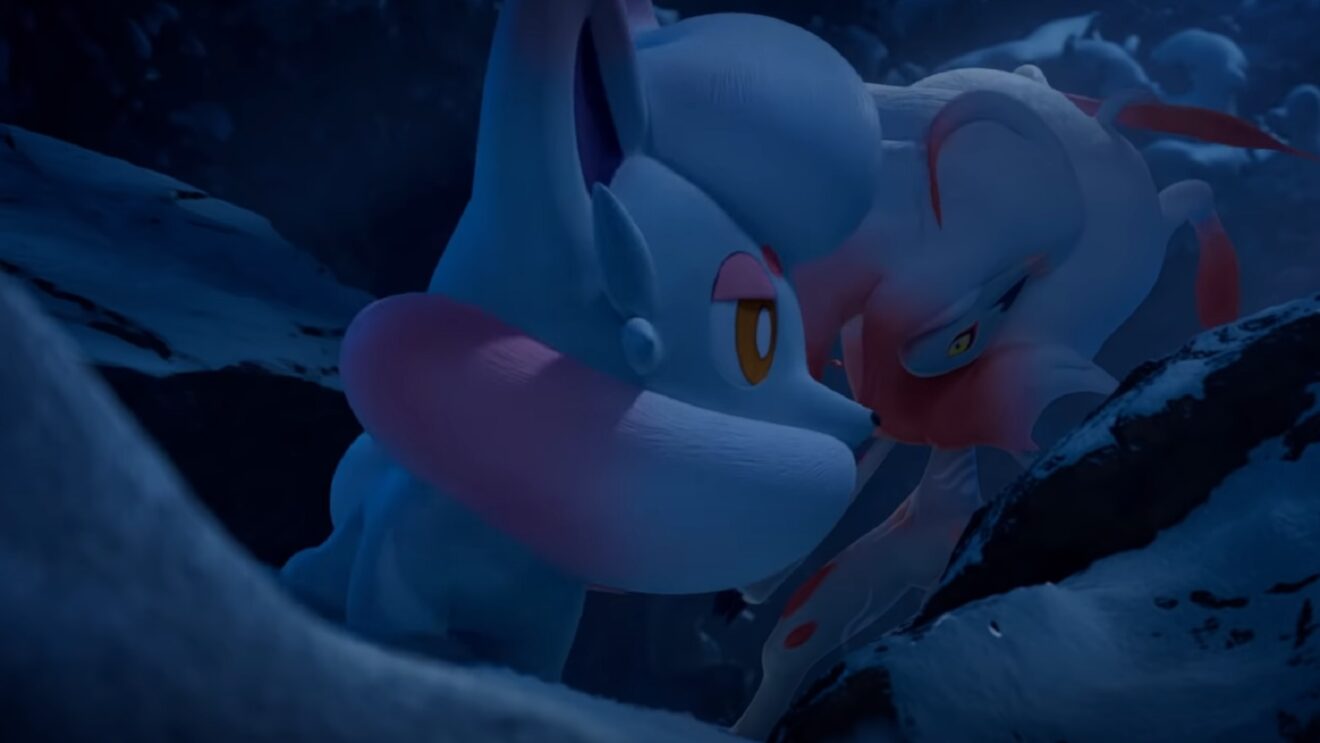 The mysterious video that recently appeared online for Pokémon Legends: Arceus has been cleaned up and reveals two new Pokémon for the upcoming game.

The video below shows someone documenting the Pokémon of the Hisui region. While exploring, the person comes across a mysterious Pokémon in a clearing before being attacked by a black cloud. Turns out the Pokémon are the Hisuian forms of Zoroark and Zorua.

“A few days ago, a researcher uncovered some mysterious footage of the Hisui region,” the description reads. “Professor Oak looked through all of your findings and was able to restore the video to reveal Hisuian Zorua and Hisuian Zoroark! Hisuian Zoroark seems scary…but it also appears to be protective of Hisuian Zorua.”

Late last month, The Pokémon Company shared another trailer for the game that introduced us to Noble Pokémon, which “have received some kind of mysterious blessing” and are looked after by the people of the Hisui region.