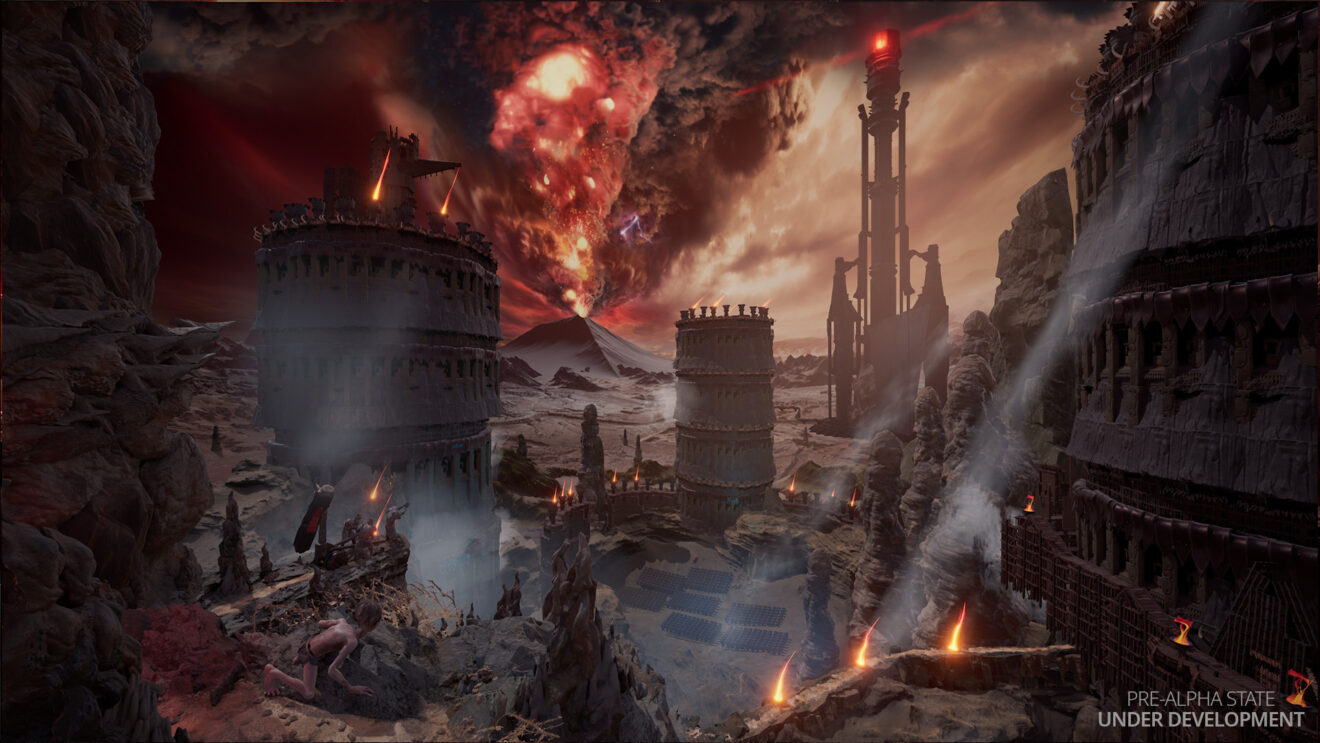 Here’s your first look at The Lord of the Rings: Gollum gameplay

Daedalic Entertainment has given us our first look at gameplay from The Lord of the Rings: Gollum, the upcoming stealth-action game set in the world of J.R.R. Tolkien’s Middle-Earth.

The trailer debuted during the Future Games Show broadcast earlier this week. Though it’s less than a minute, it does provide the best sense yet of how the game will actually play. We see Gollum climb around a massive, subterranean structure within Mordor, sneaking about on the floor. We see some of the dangerous creatures Gollum will encounter, like orcs, bats, and spiders.

What we don’t see here, however, is the other aspect of the game, detailed when the game was first announced last summer. Gollum will also feature branching narrative decisions that channel the character’s split personality, allowing you to choose which side of the character’s split personality dominates: the corrupted Gollum or the uncorrupted Sméagol.

Fans have quite a wait ahead of them. Daedalic now says The Lord of the Rings: Gollum won’t launch until mid to late 2022. It’ll come to PlayStation 5, Xbox Series X/S, Nintendo Switch, PlayStation 4, Xbox One, and Windows PC.