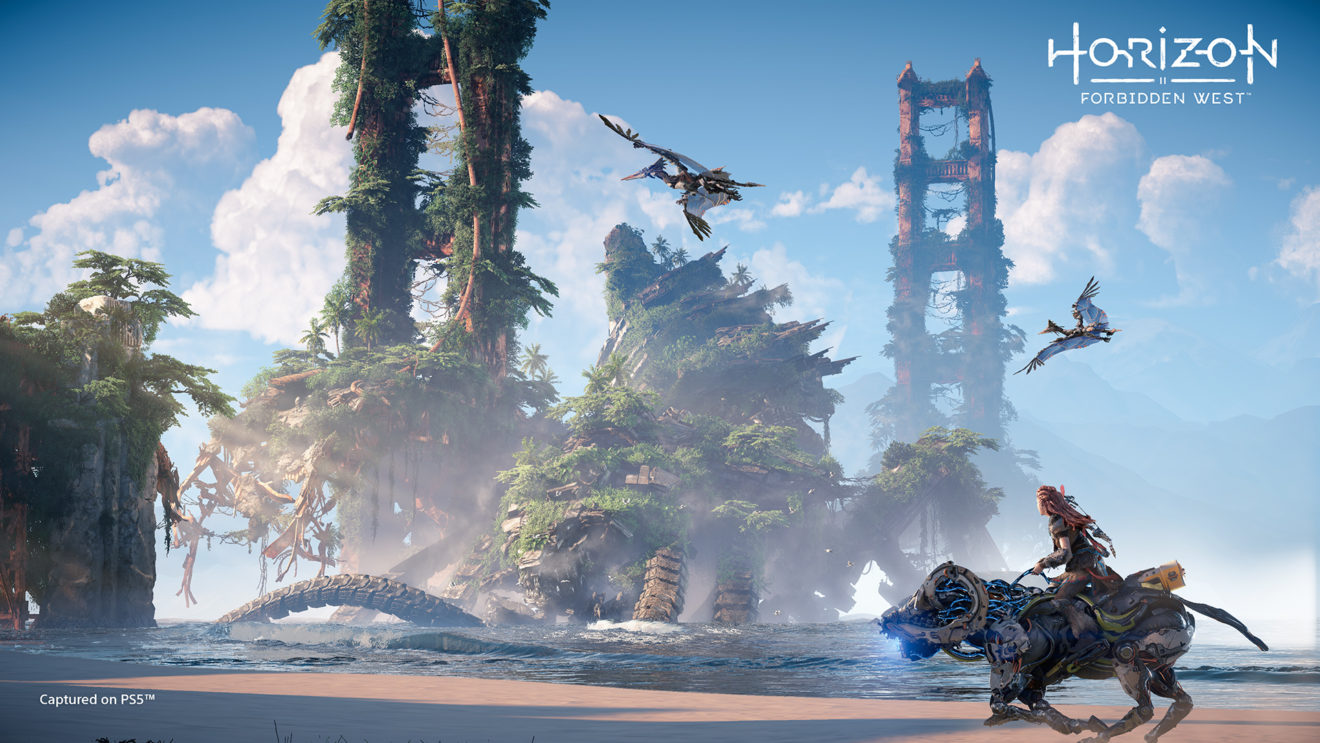 Last week, Sony announced Horizon Forbidden West, a PlayStation 5–exclusive follow-up to 2017’s Horizon Zero Dawn. The trailer featured breathtaking visuals, as well as a glimpse of at some of the new post-postapocalyptic locations and robotic enemies hero Aloy will face in the open-world adventure. But one thing the trailer didn’t mention was a release window—not even a year. Now, however, we have an idea of when we can expect to play the game.

In a brief follow-up video, game director Mathijs de Jonge has shared a handful of new details on the sequel, including the planned timetable for release. Guerrilla Games says it’s targeting a 2021 launch, meaning it would likely be out within the PS5’s first year on the market.

De Jonge also highlighted one new piece of info about Forbidden West: that it will have “virtually no loading screens,” taking full advantage of Sony’s advanced solid-state drive technology. That even extends to fast-travel from the in-game map—you’ll be able to zip between checkpoints on opposite sides of the world without any lengthy break.

Horizon Forbidden West is targeted to launch on PlayStation 5 in 2021.