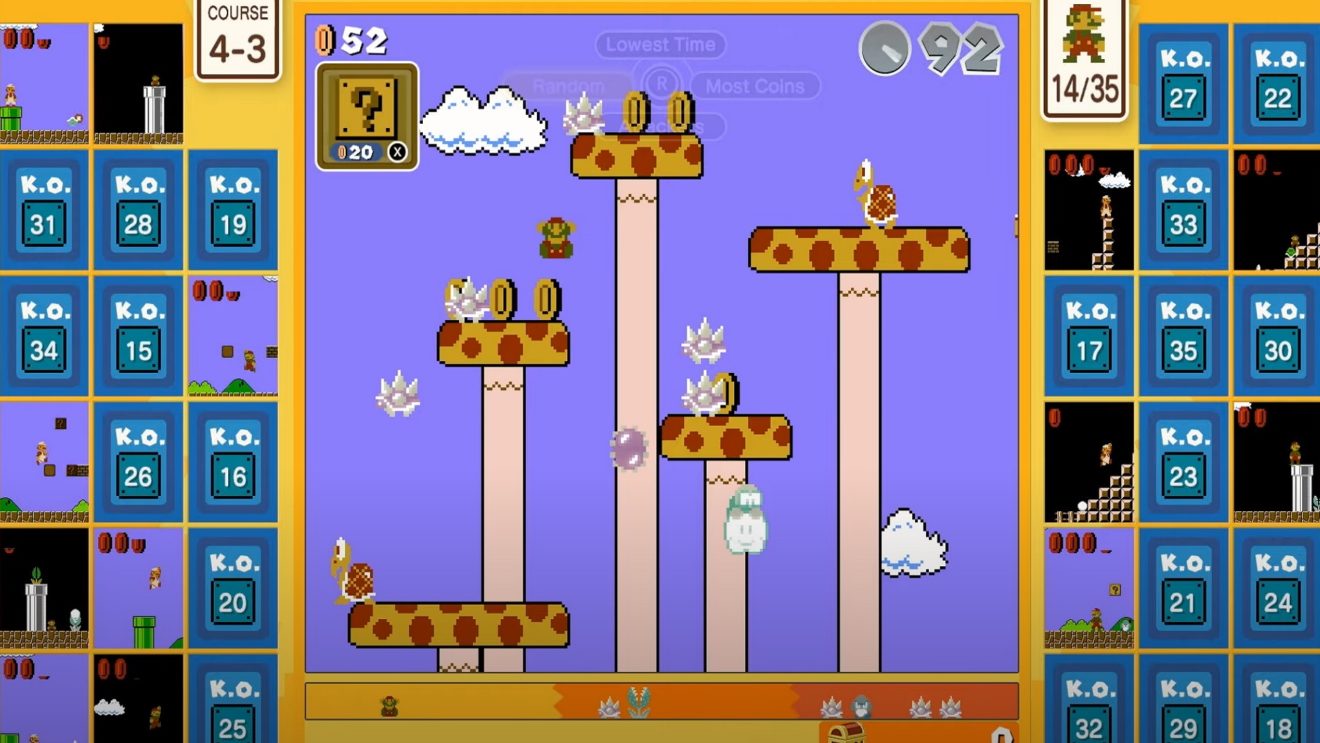 First up is the arrival of Super Mario Bros. 35. This battle royale game is free for all Nintendo Switch Online members and sees 35 players racing through a level to be the last Mario standing. Players can send enemies to an opponent’s level and use collected coins to purchase power-ups. The game will be available until March 31st, 2021.