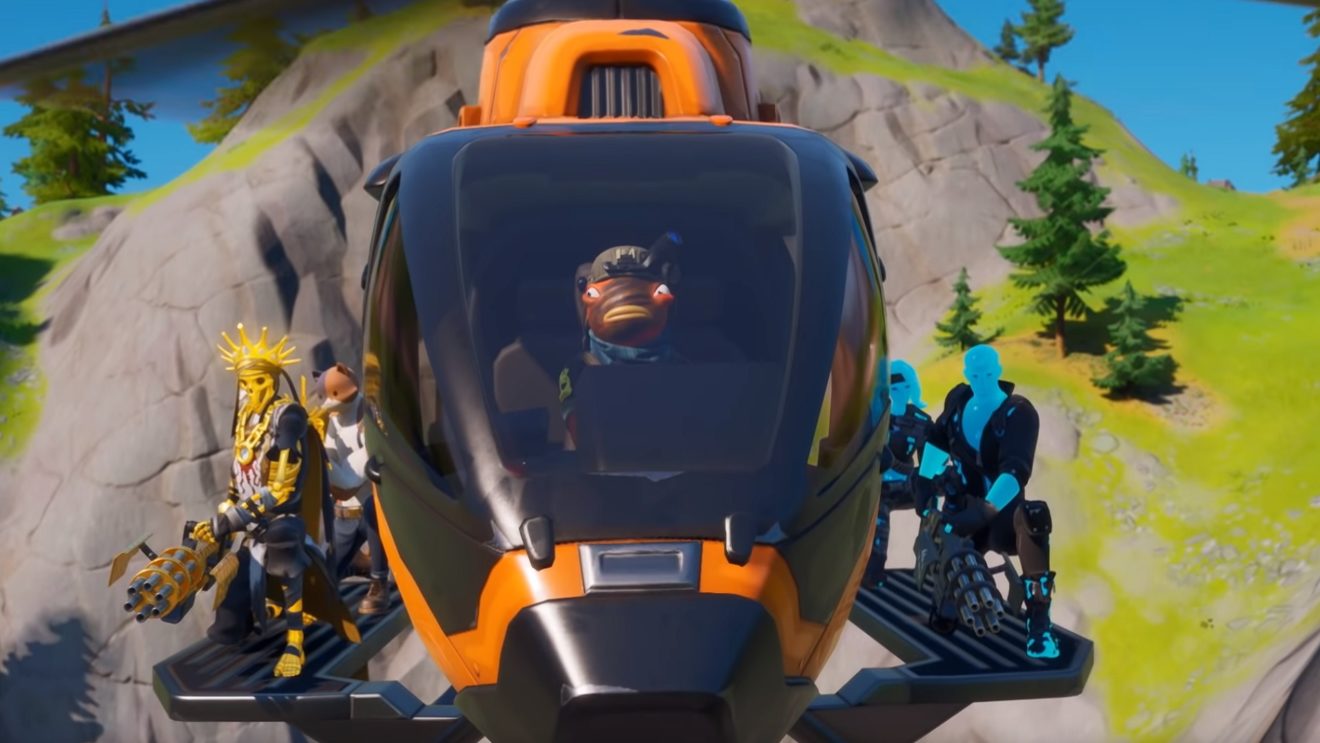 Epic Games has pushed a new update live for Fortnite that introduces helicopters.

Following the update, players can find the new Choppa vehicle dotted around the map. This new addition has room for five players, with one pilot and four on the sides.

Joining the Choppa is the Spy Games event. During the event, players will take part in a new Operation limited-time mode to secure Intel. This Intel is then used to unlock Tech for either Ghost or Shadow to help players during Operation matches. Players are free to switch their allegiance between Ghost and Shadow at any time.

Today’s update also addresses a number of issues, including being unable to return to the lobby after a match, markers being placed too far away, and players getting stuck in the Porta Potty. A full list of bug fixes can be found here.

As for Save the World, players are getting a new Constructor hero called Gold Knox, the Locker Presets mentioned above, the Cleaner Sniper Rifle, and the return of the Four Leaf Wildcat hero. Looking forward, the debut of the Potshot grenade launcher and the return of Highland Warrior Wildcat are planned for next week.