Hard Mode: How a Webcomic Spawned Pokémon's Most Infamous Challenge

In October 2016, the Youtube group TFS Gaming uploaded the conclusion to their playthrough of Pokémon SoulSilver, an 83-part video series that garnered a whopping 17 million total views on YouTube. It was a series filled with devastating losses, spontaneous tragedy, and a theme park’s worth of emotional rollercoasters.

It may be strange to hear that about a Pokémon game. The series’s lax difficulty, turn-based battles, leisurely pace, and simple narratives don’t exactly make for an adrenaline-filled thrill ride, yet TFS’s series was filled with shouts, curses, and stunned silences. The players—and viewers—remained enthralled throughout their playthrough, and it was all thanks to a set of rules the group imposed upon itself. First, players were only allowed to catch the first Pokémon encountered in each new area. Second, any Pokémon that fainted (dropped to 0 hit points) at any time was considered dead and had to be released. Third, all Pokémon had to be given a nickname, to make the little monsters that much more precious to the players before their eventual demise.

Collectively, these rules are known as the Nuzlocke Challenge, and TFS Gaming was neither the first nor the last to utilize them. The challenge—infamous for the difficulty and stakes it adds to the games—has become a small sensation within the massive Pokémon community, with sites like Youtube, Twitch, DeviantArt, and others filled with videos, streams, webcomics, and blogs made by Pokémon fans looking to add a little extra spice to their games and then share the results. Pokémon wiki site Bulbapedia even has a page dedicated to the Nuzlocke Challenge, solidifying its place within the Pokémon vernacular.

But like how every trainer needs their first Pokémon, the Nuzlocke Challenge needed its first player.

Like so many of humanity’s greatest ideas, the Nuzlocke Challenge started with simple boredom.

“Unfortunately there isn’t really a very interesting story here,” Nuzlocke’s creator, Nick Franco, told me over email. “It was finals time in college [early 2010] and I was already done with my tests and papers early in the week. I popped my old copy of [Pokémon Ruby] into my GBA and started a new file to kill some time, but almost immediately realized I’d played through the game too many times for it to be very entertaining. I’d heard about people doing challenge style runs before, and just decided on two arbitrary rules that sounded fun.”

Those two “arbitrary” rules were: one, release a Pokémon if it faints; and two, you must catch the first Pokémon you encounter in each area and nothing else. (The generally accepted rule today, of nicknaming all your Pokémon, was a later invention by the community.)

Considering the Pokémon series’ tagline—“Gotta Catch ‘em All”—and its insistence that Pokémon are never seriously hurt in battle—they “faint” in fights, but never die—these two rules ran afoul of the games’ core principles. Pokémon players are normally encouraged to explore areas thoroughly and capture as many Pokémon as they want, and a Pokémon dropping to 0 hit points is easily remedied by plentiful healing items or a quick visit to a Pokémon Center. Franco’s rules turned the Pokémon themselves into a limited and valuable resource, like food and water in a survival game, and made them susceptible to permanent and impactful deaths akin to X-COM or early Fire Emblem games.

Franco intended to simply increase the game’s difficulty. And he succeeded! But as he continued playing, he was surprised at just how attached he became to his digital companions. Pokémon he never would have considered using before were now the pillars of his team, and the knowledge that one slip-up on his part could—and did—result in their “death” made them that much more precious to him. So rather than keep this emotional experience to himself, Franco did something that would affect the Pokémon community for the next decade: He made a comic.

Franco shared his original comic, simply titled “Ruby: Hard Mode,” via 4chan in early 2010—“before it became the political hell it is now,” in his words. Though crudely drawn at first, the comic was an often humorous, occasionally dramatic retelling of his playthrough, and proved an instant hit within the forum. Though initially published anonymously, Franco came to be known as “Nuzlocke” among the board’s users, after a recurring gag within the comic about a Nuzleaf who resembled the Lost character John Locke. He eventually adopted the moniker himself in order to distinguish himself from other anonymous posters and interact with fans.

After the original “Ruby: Hard Mode” reached its conclusion, Franco decided to create his own website to host the comic. He started the site in March 2010 and began work on “FireRed: Hard Mode,” a sequel to the original comic set in Pokémon FireRed. But by that point, Franco was far from the only one doing the so-called “Nuzlocke Challenge.”

Viewers seemed to love “Ruby: Hard Mode” for its tale of unexpected friendships, sudden loss, and defiant determination, and were soon attempting the “Nuzlocke Challenge” themselves. When asked if there was any specific point where his comic or the challenge itself seemed to take off, Franco replied, “Almost immediately, at least in my corners of the internet. I don’t think a moment really stands out to me because I was blown away by how within hours it was already being imitated and discussed.”

The Nuzlocke Challenge seemed to spread like wildfire. Franco’s website’s forums were alive with players attempting their own Nuzlocke run and sharing the results. Many even began to document their runs through comics, like Franco did. The first mention of Nuzlocke on the main Pokémon Reddit forum appeared on May 14th, 2010, and less than a year later fans created their own Nuzlocke subreddit to discuss their playthroughs. User Axelrod777 uploaded the first YouTube video of someone attempting a Nuzlocke run on March 31st, 2010, and in 2013 the popular Pokémon-centric YouTuber TheJwittz posted a video explanation of the challenge that has since been viewed by more than 1.5 million people.

The Nuzlocke Challenge was in the hands of the Pokémon community now, and the term “Nuzlocke” had become more synonymous with the challenge than its creator. Somehow these two rules struck a real chord with Pokémon fans across the internet, adding something deeper to the games that simply wasn’t there before. It made sense, after all. In a franchise as old, beloved, and kid-friendly as Pokémon, the Nuzlocke Challenge was a breath of fresh air to experienced players in need of something a bit more intense. And the fact that its rules could be applied to any main series Pokémon title meant fans could participate regardless of which specific game they had or knew the most about.

When I asked members of the Nuzlocke subreddit why they believed the challenge caught on like it did, user the_gerund wrote, “For me, the Nuzlocke Challenge adds limitations and a failstate… to a game which can otherwise be played pretty leisurely. Let’s face it, Pokémon games are made with kids in mind and as a result, there’s not really a way to ‘lose’ the game. You can lose a battle and black out, but you can just keep training and retrying the same battle until you get it that one time… The limitations of the Nuzlocke Challenge take all that away: You can no longer keep searching for that one Pokémon you would like… you can no longer take huge risks, go in underleveled, or try the same battle over and over again, because every Pokémon you lose is one weapon you permanently lose in your attempt to beat the game.”

But the added difficulty is only part of the equation. Something as niche as the Nuzlocke Challenge would be unable to spread, after all, without so many people willing to spread it. Luckily, there was something in the tragedy and triumph inherent to the Nuzlocke Challenge that made it so ripe for sharing, whether that was on blogs, DeviantArt, or YouTube.

“So you have that element, with the additional rules and difficulty. But what the comic also set up was that you could document the run, and post it on these here forums,” Garish Garchomp, a Nuzlocke forum admin who’s written several stories about his runs, told me in a forum thread. “And not just that, but you could get creative with it… It all started, following in the footsteps of the original comic, with a lot of similarly outlandish and memey comics and stories and screenshotted runs… Nowadays you have everything from the zany to the deadass-serious, with a hell of a lot of artistic talent on either end. And I do really think that growth in creativity and the fact that you can tell your story in any number of ways (not just as a Let’s Play) has attracted people in as well.”

Garish Garchomp was not exaggerating when it came to the number of ways players can share their Nuzlocke runs. Nuzlocke stories range from TFS Gaming’s upbeat Let’s Plays to SABERinBLUE’s dark and gritty Apocalypse: Johto comic, and any one of these can serve as the entry point for would-be Nuzlockers. In fact, of the 31 people who told me how they were introduced to the Nuzlocke Challenge, 29 had discovered it through YouTube videos, webcomics, blogs, internet forums, or friend referrals. Only two said they’d been introduced to it through Franco’s original comics.

“It doesn’t really belong to me”

Almost a decade later, the Nuzlocke Challenge has carved itself a sizeable niche within the Pokémon community, and fans continue to share their stories. The Nuzlocke subreddit is now 20,000 members strong, Jaiden Animations’ retelling of her first Nuzlocke run reached over 10 million views within a few weeks, pettyartist’s LeafGreen Nuzlocke comics have been viewed over 2.5 million times on DeviantArt, and a quick search on YouTube will reveal multiple Nuzlocke Let’s Plays uploaded every single day.

As for Nick “Nuzlocke” Franco himself, he continued with his webcomics for several years. He completed “FireRed: Hard Mode” in 2012 and moved on to “White: Hard Mode,” as well as other webcomics unrelated to Pokémon. He told me he scaled back production after 2013 for personal reasons and never quite reached the same level of output after that. Franco said that the challenge’s growth happened mostly in the background of his life and, despite being the creator, he estimates that “99 percent” of those who learn about Nuzlocke have no idea about him or his comic.

Franco recently began streaming on Twitch, mainly playing Pokémon games with the Nuzlocke rules that he invented, and has about 1,700 followers at the time of writing. I asked him how he felt about the challenge’s success and all these other players making their own comics, blogs, streams, and videos.

“I’m still shocked to this day that it’s such a big thing,” he said. “Overall I think it’s pretty cool that I accidentally birthed such a strange fad into the world, and that it’s grown into its own independent thing [that] by all accounts will continue to spread. It’s ‘moved out of the house’ in a way.”

Franco told me he’s never made any “meaningful” income off his invention, and that he occasionally feels envious of those who’ve found greater financial success using the concept. “Mostly I’m proud of it, though. It doesn’t really belong to me. A viral success like the Nuzlocke Challenge probably really belongs to the masses that spread it. I’m just glad to have helped it along the way.

“Still, I think the comic is pretty good.” 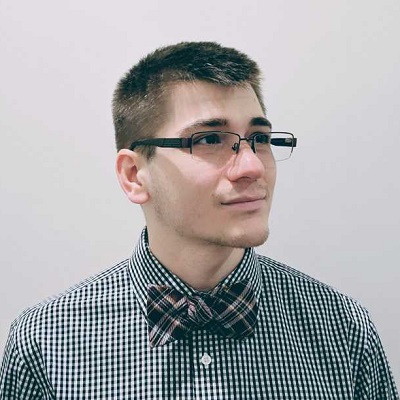 Jack Waibel is a writer, dungeon master, and lifelong gamer. He’s tapped more land cards than modern science can measure and still brags about being TIME’s 2006 Person of the Year. You can follow him on Twitter @WaibelJack. 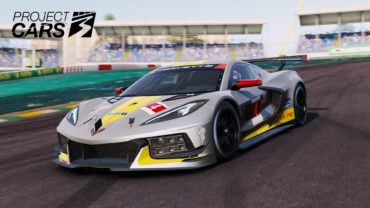 Project Cars 3 is coming to PS4, Xbox One, and PC this summer 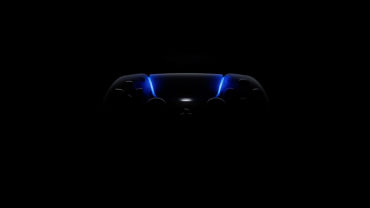