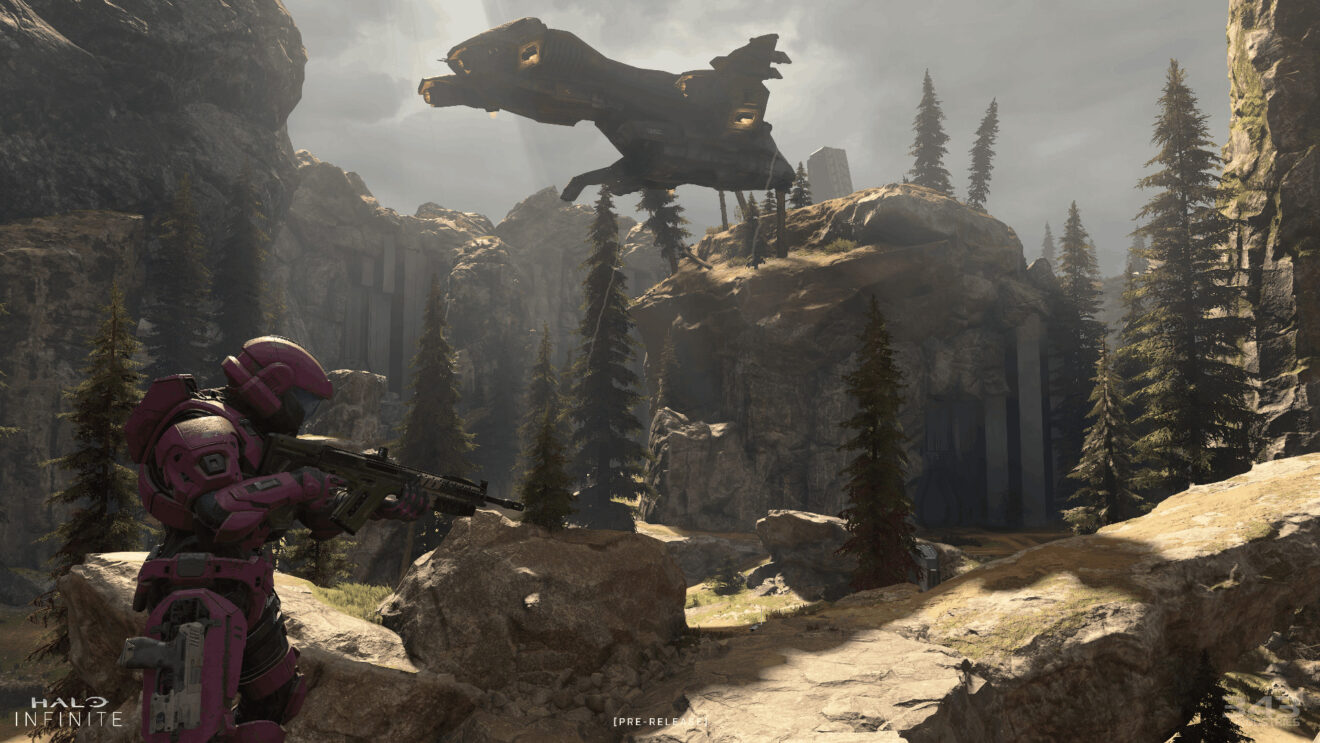 In advance of this weekend’s Halo Infinite multiplayer Technical preview, developer 343 Industries held a new livestream that showcased new details and footage on the game. Even if you haven’t already gotten an invite to the test—and if you don’t have one by now, it’s probably too late—there was a ton to dig into.

By far the biggest news out of the stream is the first footage of Halo Infinite multiplayer running on consoles. The broadcast showed a brief snippet of a match running on Xbox One, as well as a full match on Xbox Series X.

First up, the embed below should start right at the Xbox One footage, which takes place on a map called Bazaar, set in the iconic Halo location of Mombasa.

Next, here’s the Xbox Series X match, which features pro players on the map Live Fire.

As for those new gameplay details? Let’s start with a new weapon, the Heatwave. The stream showed off a decent amount of gameplay with this launcher, which fires out a line of hardlight grenades in either a horizontal or vertical line, depending on the fire mode. Here’s a quick taste of the Heatwave in action in the new Weapon Drills feature, which puts you on a firing range to test out your skills against bots that move around but don’t shoot back.

Next up, the 343 team confirmed that Assassinations won’t be in the game at launch. Instead, if you melee someone from behind, you’ll just get a standard back smack. The team is looking into bringing Assassinations into Infinite at a later date, but the goal is to make sure they don’t have a negative impact on the gameplay loop, since the longer animations can slow down combat and actually put you at a disadvantage.

The stream also confirmed that Infinite will have an FOV slider (and not just on PC), that Theater mode is coming back with a new feature called Event Timeline, that you’ll be able to adjust where on the screen your weapons display (in case you want them dead center a la classic Doom or way off to one side), and that Spartans can now drop the weapons they’re carrying to pass them to teammates.

If you were lucky enough to get an invite to this flight, the stream also included a lot of detail on what you can expect from the test this weekend. If not, however, 343 assured fans that this is just the first big flight currently planned. There will be more between now and launch, and subsequent tests will be even bigger.