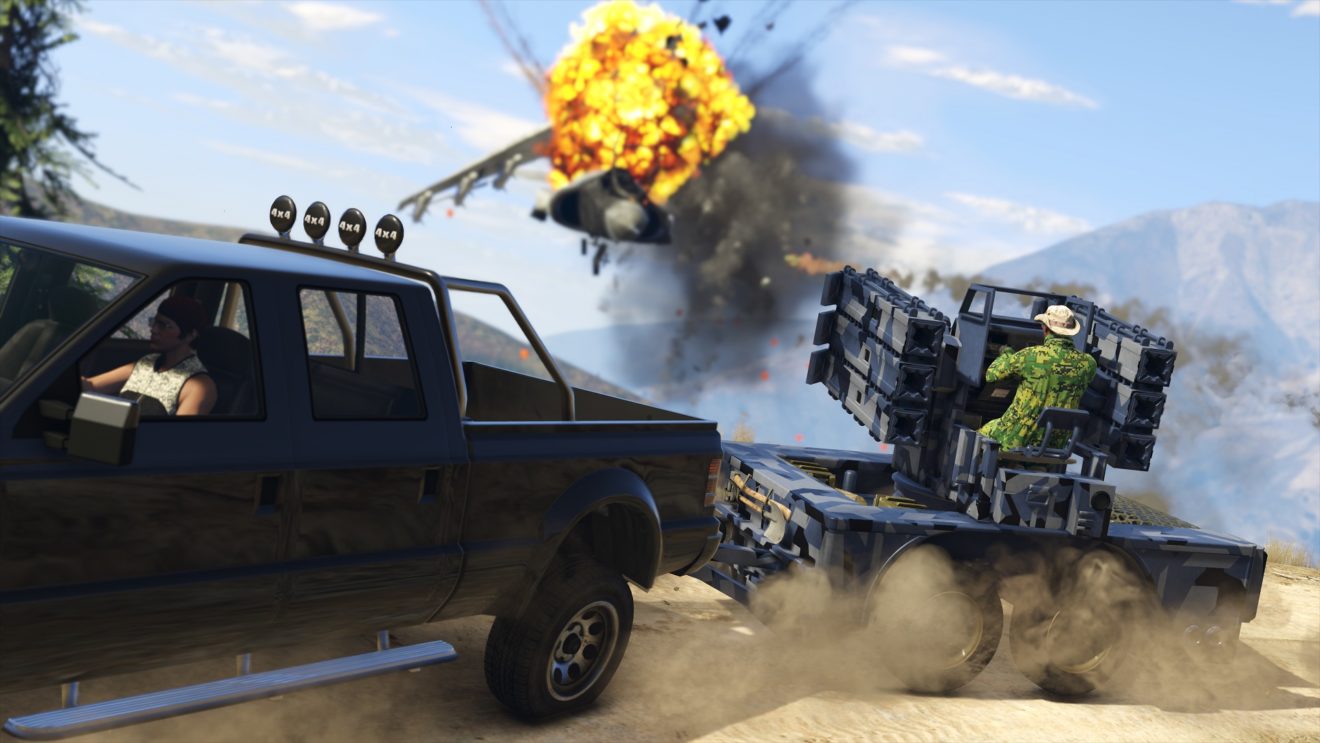 Rockstar has revealed this week’s selection of bonuses and discounts for Grand Theft Auto Online players.

Kicking things off this week is a whole month’s worth of triple rewards from Motor Wars. From now until June 2nd, players can earn triple the usual GTA$ and RP from the mode. In addition to this, Bunker Sell Mission and the Bunker Series Adversary Modes are dishing out double rewards for the next seven days.

Rockstar is also giving all players who purchase a Bunker this week (or have purchased one previously) the Black Hawk & Little Hoodie for free. While players over Rank 100 will get the Trees Camo Livery for the HVY APC, which will be delivered to players up to 72 hours after they log in on May 3rd.

Finally, Prime Gaming subscribers who link their account will receive GTA$200,000 for playing this week, 70 percent off the Dewbauchee JB 700W and Brute Armored Boxville RV, and 35 percent off the Weaponized Dinghy.