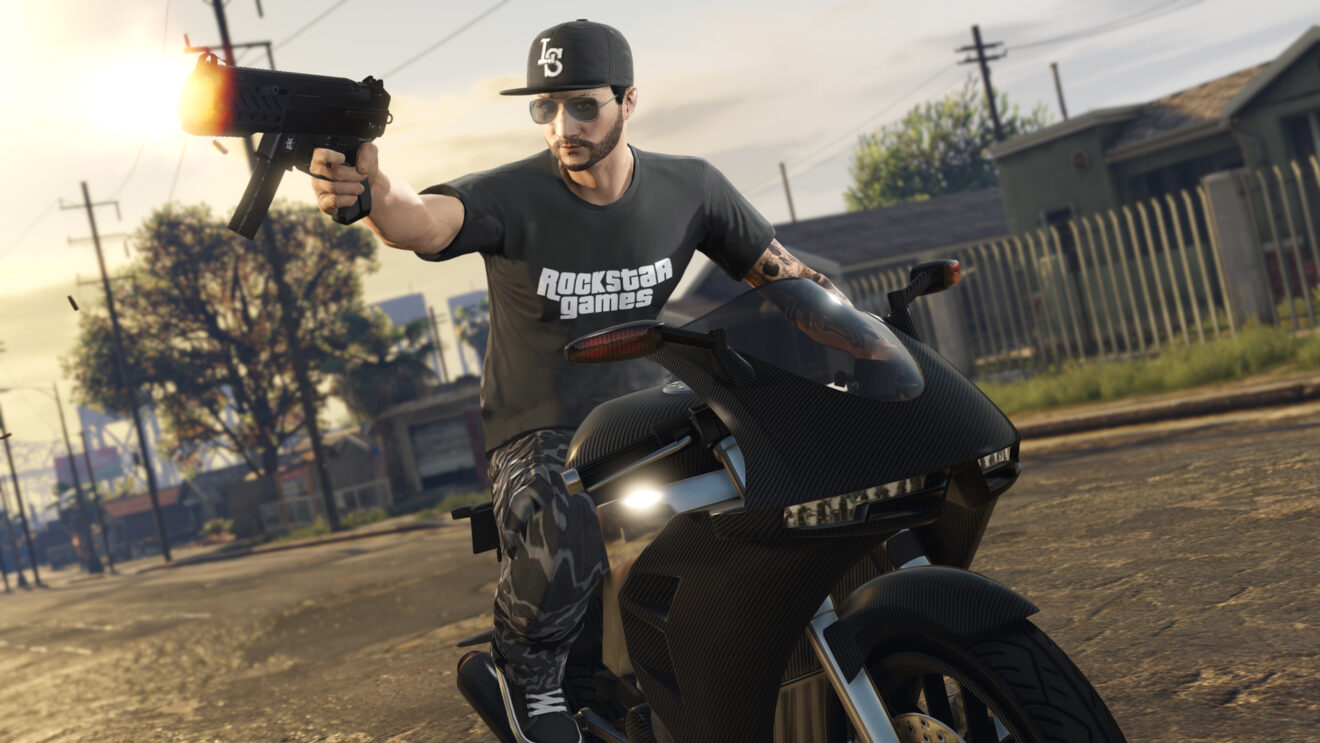 Starting with the bonuses, players can get triple GTA$ and RP from the Sumo Adversary Mode, as well as double the usual rewards from Gerald’s Last Play Missions, Gerald Contact Missions, and Special Vehicle Work Missions. In addition to these, completing all three Daily Objectives will reward an extra 50 percent GTA$.

Rockstar is also kicking off its Grand Theft Auto III anniversary celebration this week with a free GTA III-themed Rockstar Games Typeface Tee for everyone who logs in before October 20th. More clothing and liveries will be released later.

Moving onto this week’s discounts. Players can get 50 percent off Hydraulics, 30 percent off the Declasse Moonbeam and Albany Primo, and 40 percent off Garages.

Finally, players who link their Prime Gaming and Rockstar Games Social Club accounts get GTA$100,000 for playing this week as well as 35 percent off the Dinka RT3000 and 65 percent off the Lampadati Casco.