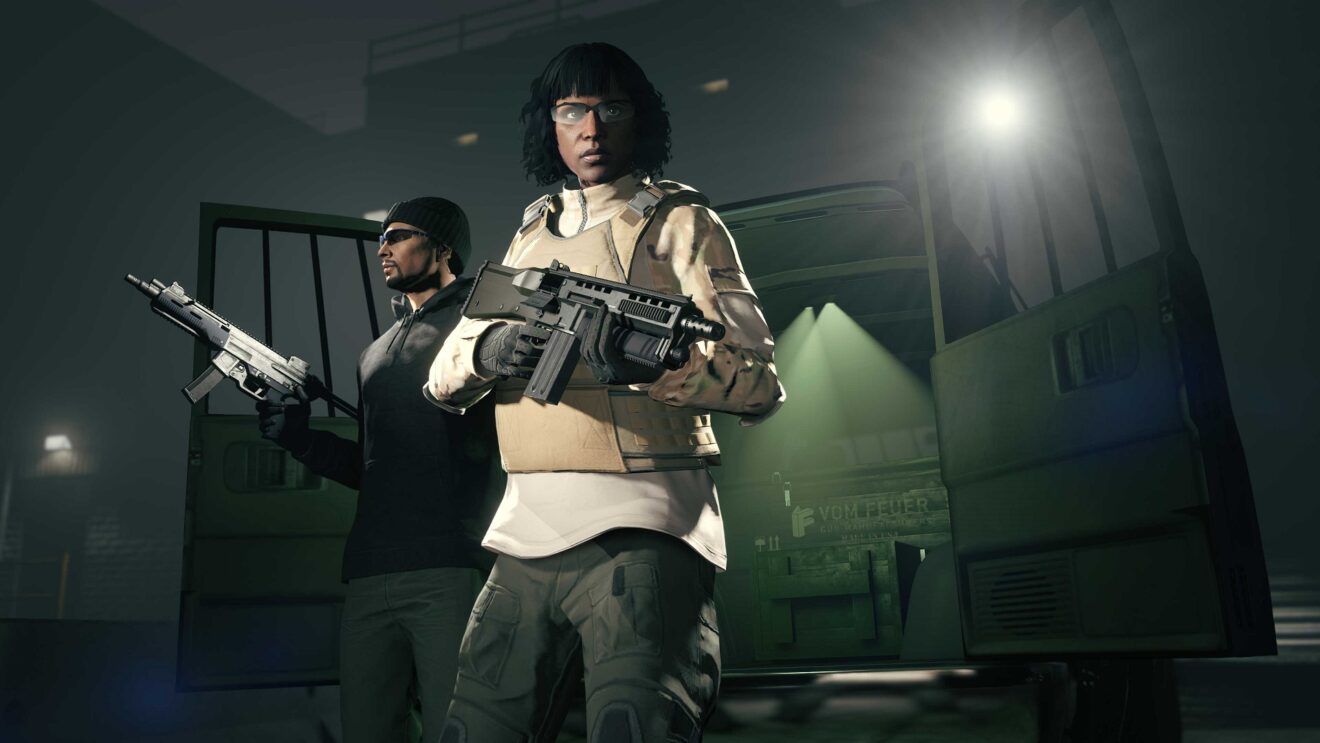 Grand Theft Auto Online has introduced an alternative to Ammu-Nation in its latest update.

Players can now seek out the Gun Van to purchase high-end weapons, armor, and ammo at a discounted rate with no rank requirement. The van will constantly move around the map to avoid attracting too much attention.

Also available from the Gun Van is the newly introduced Railgun. Alongside the railgun, the van is selling the Combat Shotgun, Assault Shotgun, Compact EMP Launcher, and more.

Additionally, a Hard Mode Event is running until February 8th, offering a 50 percent bonus to GTA$ and RP rewards for completing First Dose missions on the hard difficulty. On top of this, the following bonuses can be earned:

Finally, players who link their Prime Gaming and Rockstar Games Social Club accounts before January 25th will receive GTA$125,000 and the Sprunk Snowflakes Festive sweater just for playing the game.