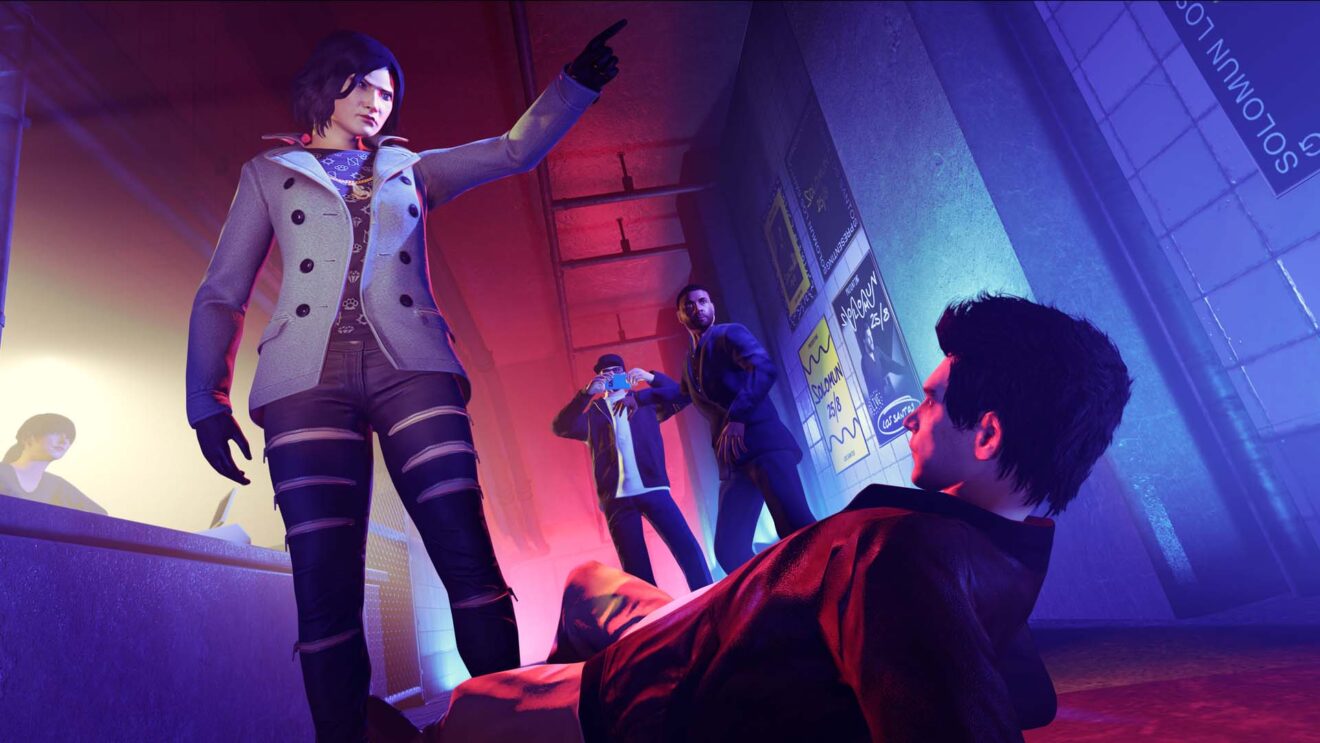 A leaker released dozens of videos showing unreleased, in-development footage of the next Grand Theft Auto game this weekend. Rockstar has confirmed that the leak is real.

One of the leaked videos, which the hacker claims to have taken from Rockstar’s internal Slack channels, showed a female playable character named Lucia and an accomplice named Jason robbing a restaurant full of patrons, who were all reacting to the robbery. Another video showed Jason as a second playable character, talking to a couple of conspiracy theorists next to a pool.

Other classic Grand Theft Auto gameplay elements show up in the leaked footage. The ability for players to hang out of a car and fire weapons returns, as does swapping between both characters. Markings on public transportation seemingly confirm the game’s setting as Vice City.

According to Axios, the leaker claims to possess the source code for both Grand Theft Auto VI and the previous game in the series. They also requested that Rockstar reach out to them to “negotiate a deal” and took credit for a recent Uber hack.

In response, Rockstar issued a statement on Twitter stating that it “recently suffered a network intrusion in which an unauthorized third party illegally accessed and downloaded confidential information from our systems.” Rockstar confirmed that the leaked footage was from the next Grand Theft Auto, but assured fans that it does not “anticipate any disruption to our live game services nor any long-term effect on the development of our ongoing projects.”

Rockstar only recently confirmed that it’s even working on the next Grand Theft Auto. Previous rumors slated the game for a 2024 or 2025 release.