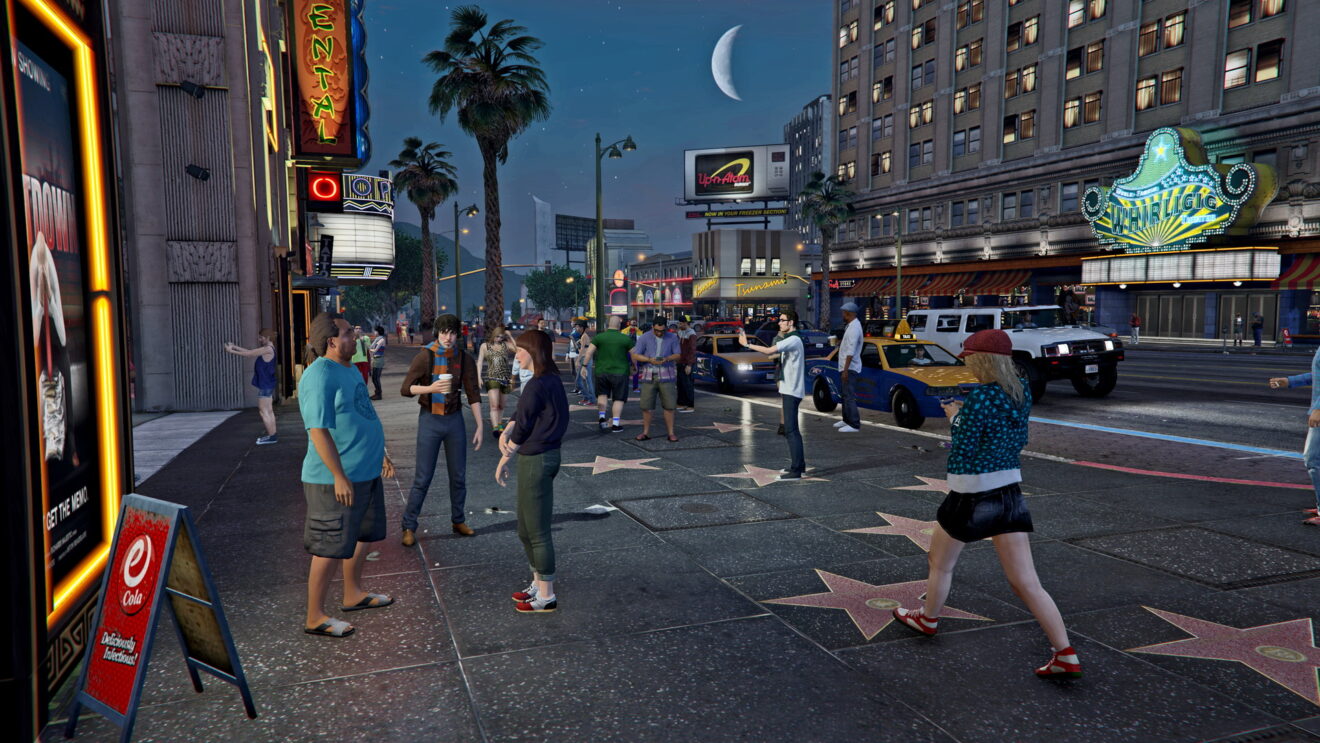 The current-gen upgrades will run at 4K/60 FPS and feature texture and draw distance improvements, and support for HDR and ray tracing. Additionally, players can expect faster loading times, support for 3D audio, and various platform-specific features, such as haptic feedback.

PlayStation 4 and Xbox One players will be offered a one-time migration at launch that lets them bring their Story Mode progress and GTA Online characters and progression over to the current-gen version.

Grand Theft Auto Online is also getting some improvements for its current-gen launch, including the ability to skip the GTAV Story Mode prologue before entering Online and a new tutorial. New players will be dropped into a Career Builder that allows them to select from one of four illicit businesses and then grants them a “sizeable GTA$ windfall.” Returning players can restart their characters to use this feature.

As well as the above improvements, the current-gen release of GTA Online introduces the new Hao’s Special Works auto shop, which is located within the LS Car Meet. Using this, players can upgrade five new vehicles and five existing vehicles “for elite driving performance.”