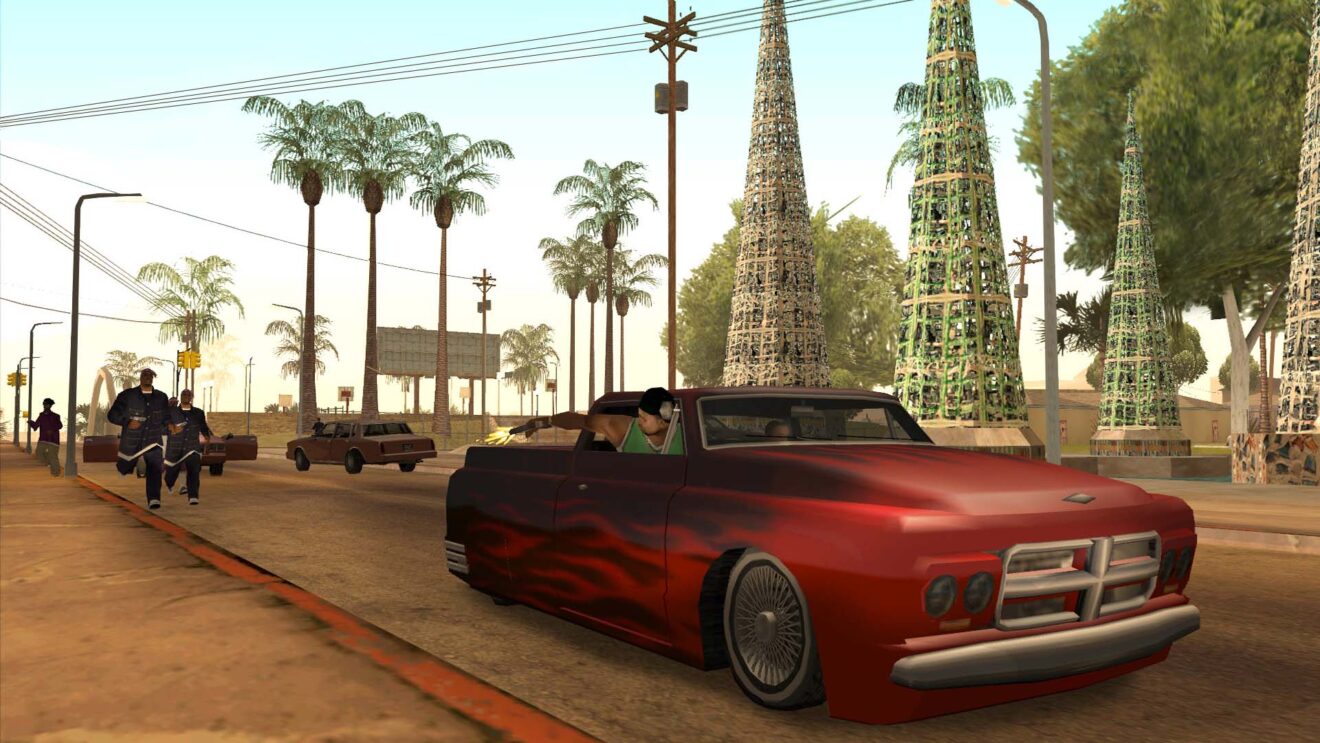 Rockstar Dundee is deep into development on remasters of three classic Grand Theft Auto games, according to a new report from Kotaku.

Citing unnamed sources with a reliable track record on other Rockstar titles, Kotaku claims that Grand Theft Auto III, Grand Theft Auto: Vice City, and Grand Theft Auto: San Andreas will all get graphically enhanced ports on every current console. The trilogy could be out as son as this year.

These remasters allegedly won’t feature entirely overhauled modern visuals, but instead a “mix of ‘new and old graphics,'” with one of Kotaku’s sources comparing the look to a heavily modded version of the originals. The UIs will reportedly also be updated but will maintain the same general style as the originals, part of a larger effort to stay true to the original games.

Kotaku’s sources say the trilogy will come to PS5, Xbox Series X/S, Switch, PS4, Xbox One, PC, Stadia, and mobile, but the PC and mobile versions may not release simultaneously with the console versions. The targeted release date is reportedly around October or November, and all three games will release in once combined package that will only be available digitally.

It’s worth noting that Take-Two Interactive, Rockstar’s parent company, recently told investors that it’s working on three unannounced “new iterations of previously released titles”—remakes or remasters—that will release within the next year. That would, of course, line up nicely with this new report, as well as rumors that have swirled online for some time now.

Intriguingly, Kotaku also reports that Rockstar is looking into a remaster of the first Red Dead Redemption, as well, but the site’s sources frame this possibility as dependent on how well the GTA remasters sell.