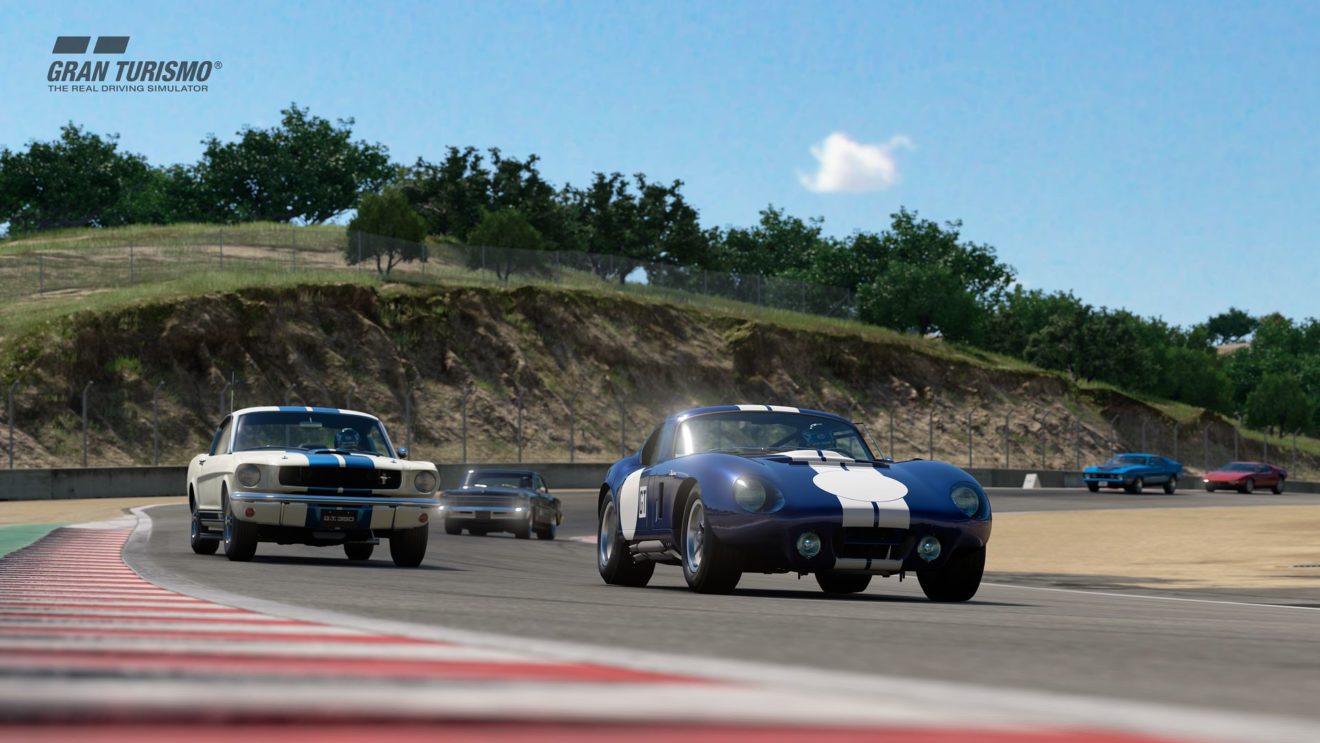 Polyphony Digital has pushed a new update live for Gran Turismo Sport that brings back a circuit and adds new vehicles.

Following the update, players will be able to race around the WeatherTech Raceway Laguna Seca circuit. This track is located 100 kilometers south of San Jose in Northern California, United States, and is described as “a technical circuit made up of mid-low speed corners.”

“A technical circuit made up of mid-low speed corners, it is encircled by desert so grip can be an issue as the surrounding sand often blows onto the track,” Polyphony Digital president Kazunori Yamauchi wrote on the PlayStation Blog. “Therefore, drivers need to be able to maintain precise control over their speed at all times as any errors in estimation will result in them going off track or crashing. Its dynamic elevation changes are shaped by the landscape and are a signature of the circuit, with the famed 15-meter downhill-plunging ‘Corkscrew’ its highlight. Laguna Seca is a circuit that offers thrilling racing not seen elsewhere.”

In addition, seven new cars have been added to the game, including the Ford GT ’17 and Volkswagen Golf GTI ’83. Take a look at the full list of new vehicles below: