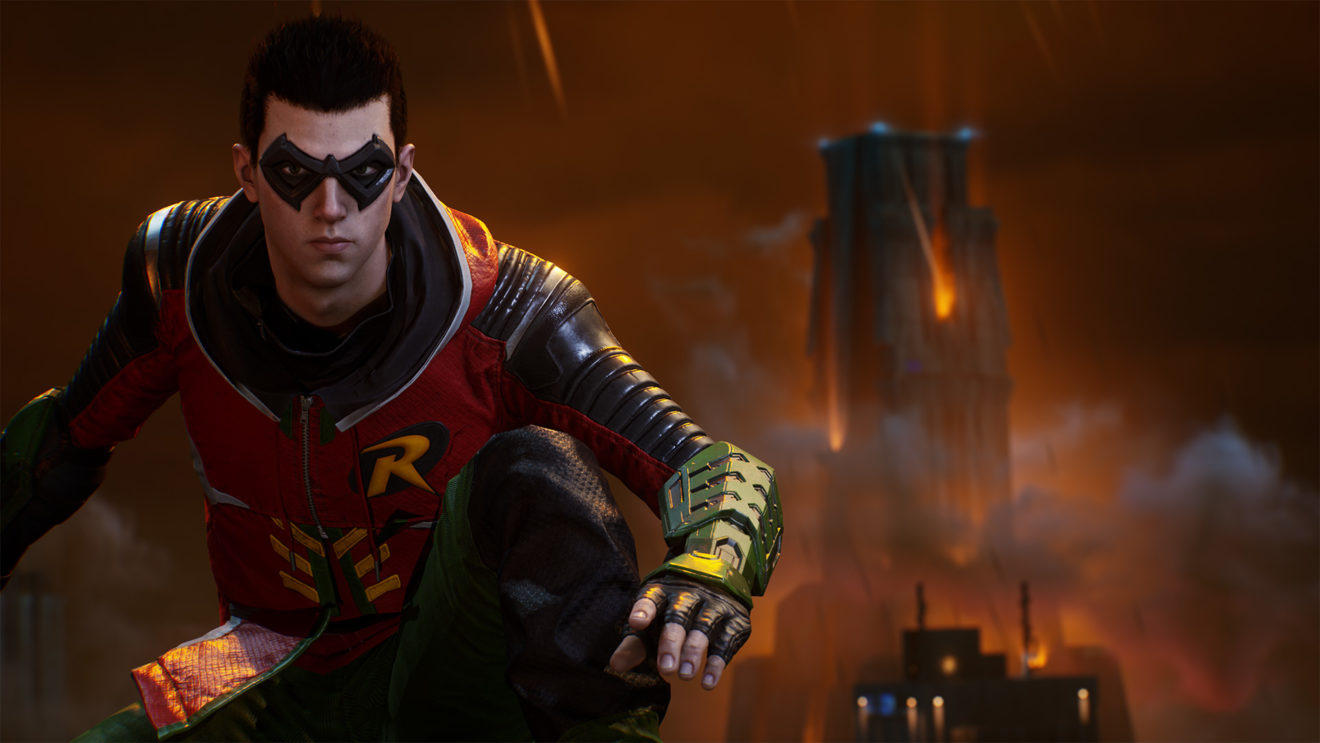 Warner Bros. Games Montreal has revealed Gotham Knights, a four-player cooperative game set in a Gotham City grappling with the death of Batman.

Yes, that’s right, Bruce Wayne is dead. So is his ally at the Gotham City PD, Jim Gordon. The Batcave has been destroyed, too. In the wake of this disaster, four of Batman’s allies—Batgirl, Robin, Nightwing, and Red Hood—are now operating as vigilantes to save the city from new threats.

Judging by the game’s aesthetic changes and voice acting, it appears that this game may be set in a separate continuity from the Arkham games, though the fundamentals of combat and gameplay share some common elements. Melee combat seems to have the same rhythm-based, high-impact feel, and there will be opportunities to take out enemies via stealth.

The biggest change, of course, is that this is now a co-op game in the modern sense of the world, and each character appears to have his or her own abilities underlined by an RPG-style leveling and experience-point system. Enemies appear to have levels of their own displayed above their heads, and damage indictors pop up after each hit.

From the little we’ve seen of gameplay, Batgirl seems to control the closest to Batman in the Arkham games, with a grapple and the ability to glide with her cape around the more open environments. Robin has his staff and, judging by the footage, the ability to cloak himself, while Nightwing wields his electrified eskrima sticks. Red Hood, of course, has two pistols, but he also seems to have a short-range teleport ability. There will also be some opportunities for dynamic team-up attacks while playing in co-op, and players will be able to navigate the world using motorcycles.

In addition to the debut trailer, you can also check out a 4K gameplay walkthrough with developer commentary below. The mission in question centers on Mr. Freeze, who’ll apparently have his own storyline as part of the game. The cold-loving scientist has set up a weather machine on top of a skyscraper—one that gives us pretty heavy Batman: The Animated Series vibes—and it’s up to Robin and Batgirl to put a stop to it.

Freeze won’t be the only villain you encounter, however, as the debut trailer also showcases The Court of Owls, a mysterious organization that’s a more recent addition to Batman’s rogues gallery. Still, the developers promised that the real threat “way bigger” than just the Owls, so expect to see quite a few other baddies in the mix.

Gotham Knights is due out in 2021 on PlayStation 5, Xbox Series X, PS4, Xbox One, and Windows PC.