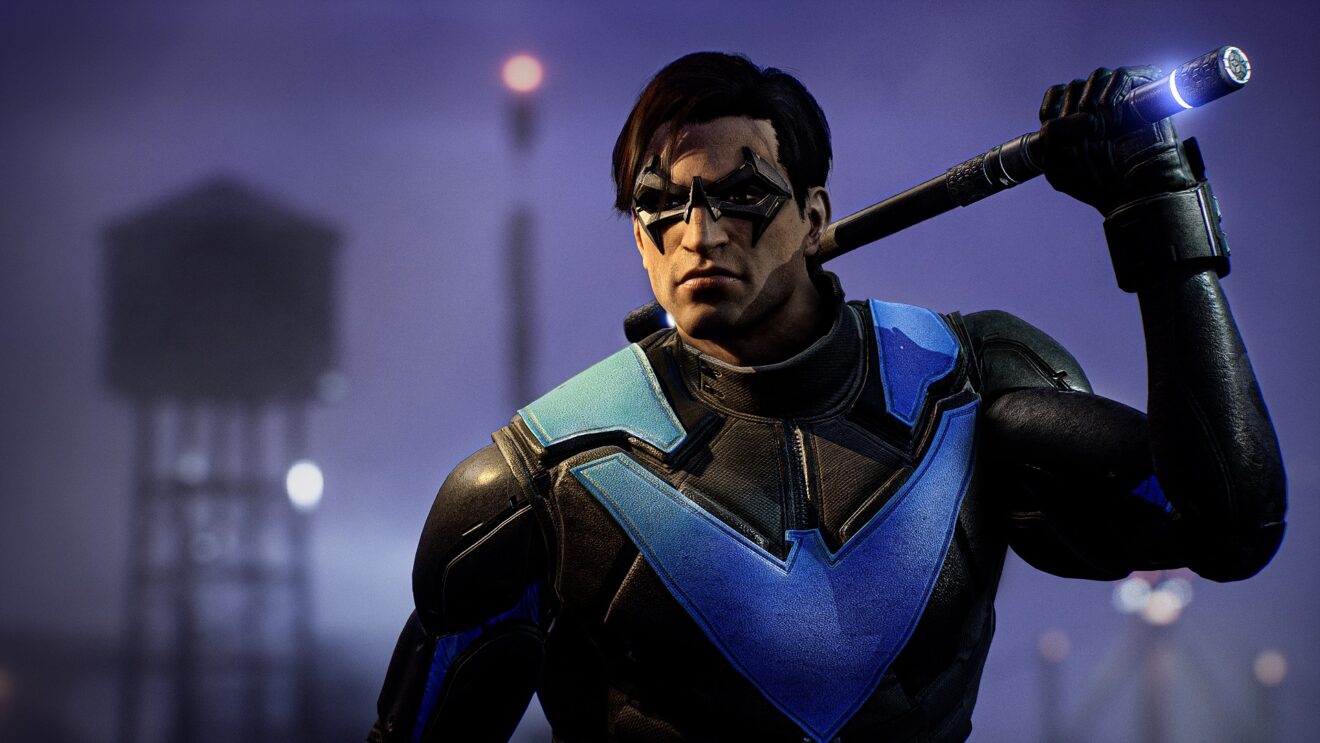 This extended look at the game focuses on Nightwing and Red Hood and features narration by game director Geoff Ellenor. The video opens with Nightwing perched high above the city at around the mid-point of the game’s story and introduces his Flying Trapeze glider, which he can use to quickly get around. Ellenor adds that each of the game’s four heroes will have their own unique way of traversing the city.

We then get to see Nightwing dealing with one of the crimes that can take place around the city as he takes on thugs using his acrobatic fighting style. At this point, a second player joins the fight as Red Hood, who makes use of ranged attacks that fire off non-lethal rounds.

Once that is dealt with, the action switches to Red Hood chasing down a van using the Batcycle, which is usable by all four characters, before the action moves back to earlier in the game and shows off the Belfry, the quartet’s headquarters. Here players will be able to take on challenges and progress the story. The video ends with a story mission involving Night Wing investigating the Court of Owls.

In addition to the new gameplay video, Warner Bros. Games revealed that the game is now a current-gen exclusive. The publisher explained in a press release that it has canceled the PlayStation 4 and Xbox One versions of the game to “provide players with the best possible gameplay experience.”

Gotham Knights is scheduled to release on October 25, 2022, for PlayStation 5, Xbox Series X/S, and PC.