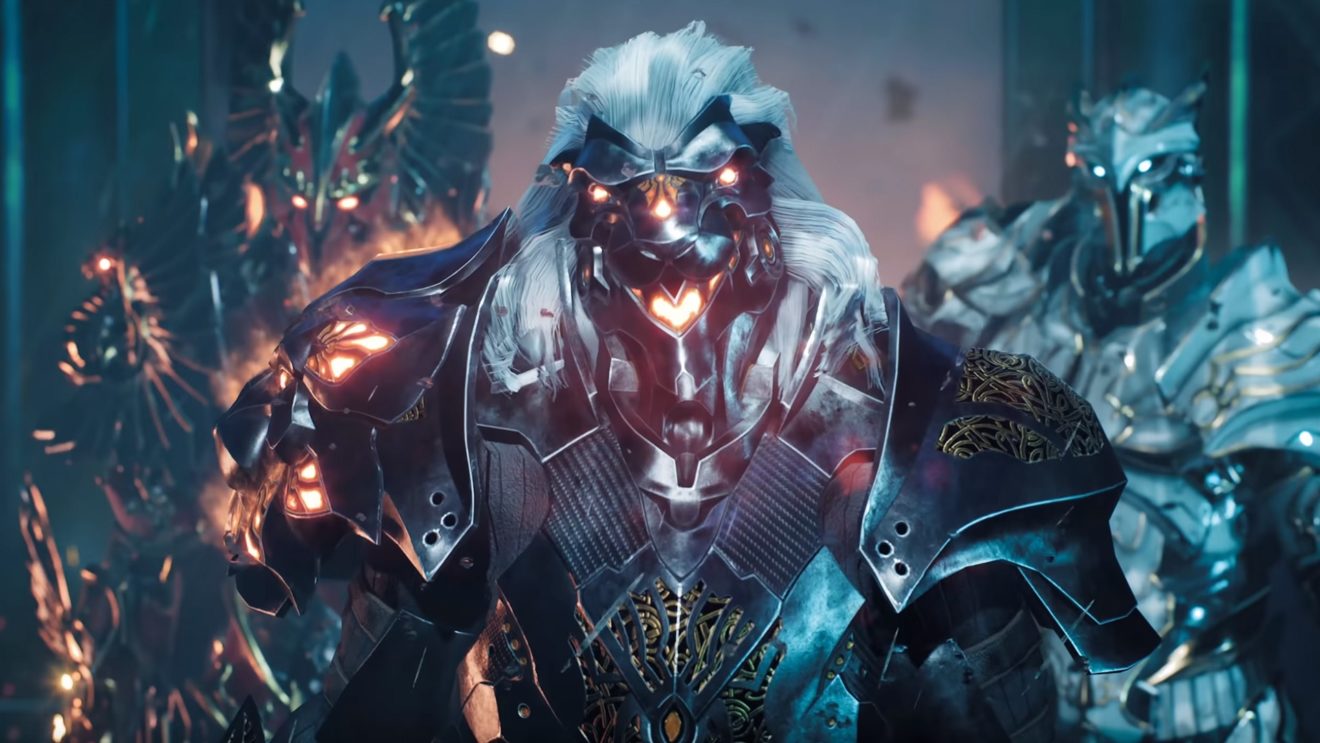 Godfall’s latest trailer is all about the combat

Looter-slasher Godfall has released a new trailer, this time focusing solely on the “action” half of the action RPG.

The combat trailer shows off most of the games four weapon types, with a special focus on two that we haven’t seen in as much detail: the spear and the hammer.

While the hammer seems to focus on damage, delivering heavy, area-of-effect blows against enemies that can send them flying backwards, the spear seems particularly suited for crowd control with its large, arcing sweeps. Both weapons also have unique special ranged abilities: You can throw the spear like a javelin as you might expect, hitting the enemy in a specific weak spot, while the hammer can be used in essence as a giant boomerang, circling the arena and hitting any enemies in its path.

What wasn’t present in the trailer was the “RPG” aspect of the game, though brightly colored loot drops can be seen here and there in snippets. We do know that different weapons will have different levels, and that player can level up weapons that they like to use throughout the game. But in terms of the kinds of HUD elements you’d expect in a game like this, we still haven’t seen enemy life bars or damage numbers.

This latest trailer also seems to be a lot more colorful and visually stunning than previous trailers we’ve seen, and that could be due to the setting. We know that the game will have five elemental realms—Earth, Water, Fire, Air, and Spirit—for players to fight through, and this trailer seems to be set entirely in the Water realm.

Godfall was initially revealed during the 2019 Game Awards and has been built from the ground up with three-player co-op in mind, though players can take on the challenges of the game’s five realms solo, too.

Godfall launches on PlayStation 5 and PC via the Epic Games Store this holiday season.