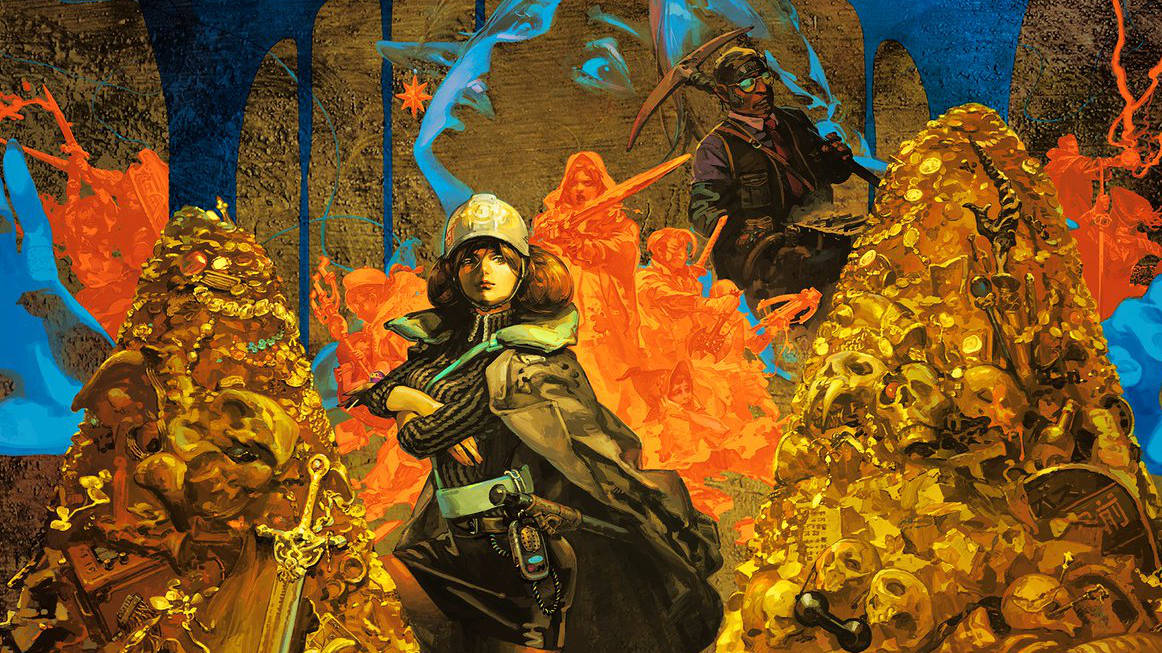 North America’s Japan-focused publishers came together again today for the second New Games Plus Expo, a stream showing off an array of titles coming soon to our shores.

There was a lot shown, so instead of trying to fully go over everything, I’ve highlighted the games that I thought were the biggest or most interesting to me personally. From there, I’ve provided links to the rest, so you can go check them out yourself if you’d like.

Kicking off the steam was The Silver Case 2425, a new compilation of SUDA51’s groundbreaking adventure games The Silver Case and The 25th Ward: The Silver Case for Nintendo Switch. I really should have gotten through these via their PlayStation 4 releases, but there’s something about these types of games that just feel more Switch-y to me.

One of my favorite Super Nintendo games as a child was Pocky & Rocky, a top-down arcade-style action shooter from Natsume featuring a shrine maiden and a tanuki battling a menagerie of Japanese yokai. Now, following in the footsteps of Wild Guns Reloaded and The Ninja Saviors: Return of the Warriors, Natsume Atari is developing Pocky & Rocky Reshrined, a reworking of the classic game on modern hardware. It’s a good thing, too, as the original Pocky & Rocky can go for over $300 for a used copy at this point. Unfortunately, as of writing this, the new trailer for the game has yet to hit YouTube. Once it does, I’ll add it here.

One of the more interesting games in the showcase for me was The Sealed Ampoule, which is touted as a “dungeon agriculturalization Rogue-like.” I saw someone online describe it as a “PS1 CG-rendered cutscene come to life as a full game,” and that’s definitely the vibe I get from it. The visual style catches the eye, and I’m still not sure I have any idea what the actual gameplay is—two things that can get me curious about a video game.

We all knew Disgaea 6: Defiance of Destiny was coming, but today did bring something new: a release date. The latest chapter of Nippon Ichi’s beloved SRPG series will hit the Switch in North America on June 29th.

One of the most exciting announcements from today’s NGPX stream for me was the reveal of a localization of Yomi wo Saku Hana, which will be titled Undernauts: Labyrinth of Yomi in the west. Undernauts is the latest dungeon crawler from Experience Inc., a Japanese studio know for its cult classic DRPGs like Stranger of Sword City and Demon Gaze. I instantly fell in love with the game’s Japanese box art, and the overall art style used is a refreshing change of pace from the anime-inspired looks so many Japanese DRPGs feature.

It wouldn’t be a proper rundown of games from Japan without at least one otome title, so I picked the one that seemed to stand out the most. Dairoku: Agents of Sakuratani follows protagonist Akitsu Shino, who has been able to see spirits even since she was a child. She now works for a “secret government agency” known as The Occult Action Department. What follows is no doubt a whirlwind adventure where Shino investigates the paranormal while being romanced by a host of hot monster men.

One of surprises of the show was NIS Classics Volume 1, a new effort to bring two classic Nippon Ichi PlayStation 2 releases—Phantom Brave: The Hermuda Triangle Remastered and Soul Nomad & the World Eaters—to Switch and PC. Now, bringing back older titles, especially on the Switch, is nothing new. But the whole “Volume 1” part of the label these releases have been given makes me curious about what might be next.

The final game I want to call out is Inti Creates’ Blaster Master Zero III, the final chapter in this more modern trilogy based around protagonist Jason. This time, Jason travels back to the setting of the original 8-bit Blaster Master, the planet Sophia.

Beyond the games I mentioned above, here’s the rest of the titles that were revealed or shown off more (outside of launch trailers for games that are now or already out):