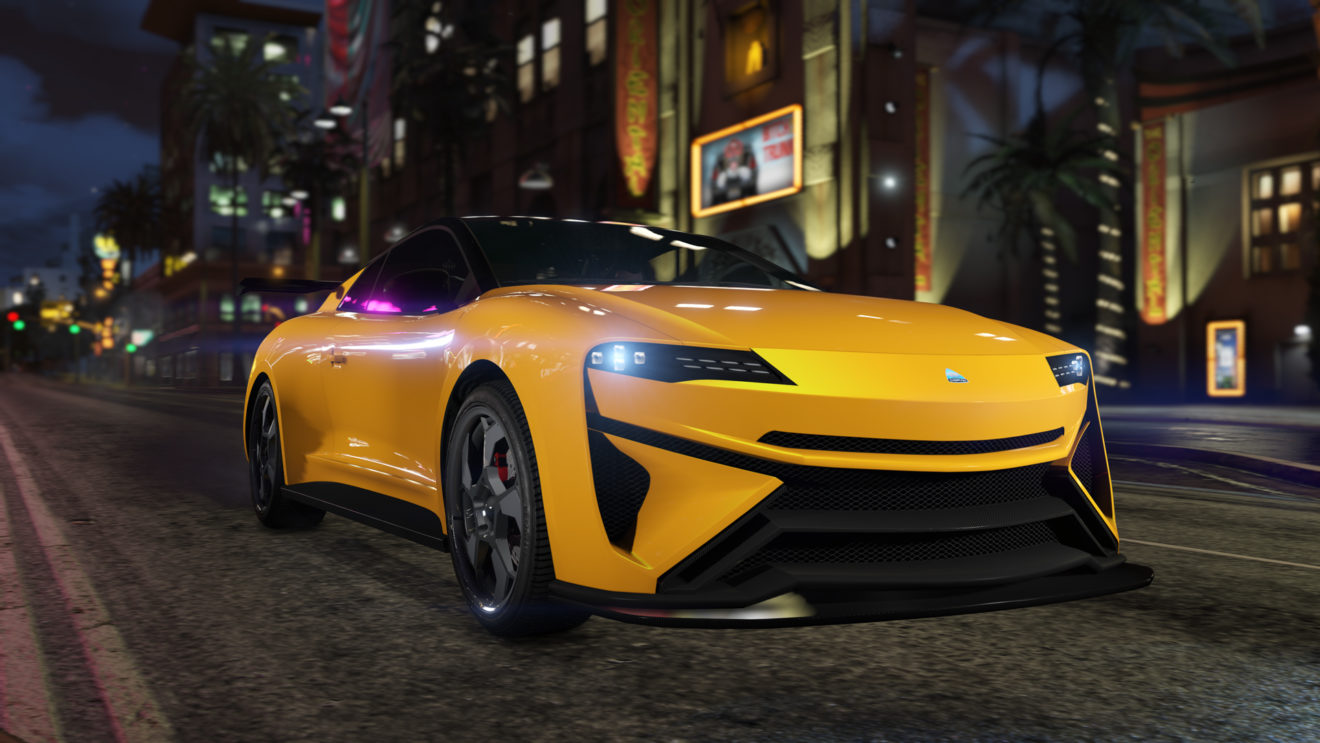 To start with, all players can now head on down to Legendary Motorsport and pick up the Överflöd Imorgon, an electric car described as a “revolutionary chrome molybdenum steel wonder.”

In addition, owners of the Yellow Dog with Cone Statue from the recent Diamond Casino Heist update can get early access to some new themed gear, including two t-shirts, a chain, and a pair of loafers.

There are also some bonuses for players to take advantage of this week, including double rewards in the Arena War series and Resurrection Adversary Mode, as well as double payouts from all Contact Missions.