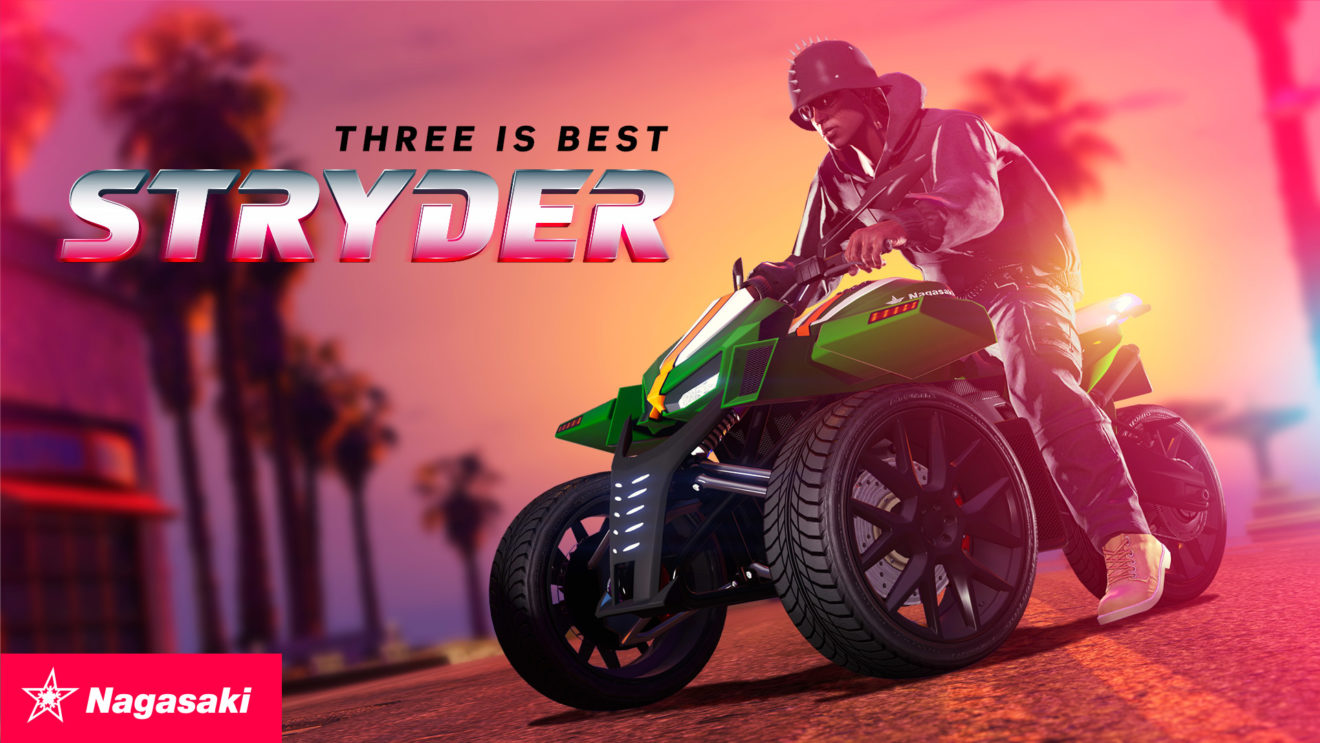 Get the Nagasaki Stryder and double rewards in GTA Online

To start with, between now and March 11th, players will be able to earn double GTA$ and RP in all Gunrunning Sell Missions and the Bunker Series.

Players can also head on over to Legendary Motorsport to pick up the Nagasaki Stryder three-wheel motorcycle in exchange for their GTA$. While those looking for something a little less costly can get the Överflöd and The White Nagasaki Tees for free just for logging in by March 11th.

Over at the casino, the customized Överflöd Imorgon with the Överflöd Stripes Livery is the top prize from the Lucky Wheel this week.

Finally, a number of discounts are available for the next week, including 35 percent off the Imponte Ruiner 2000, Karin Sultan RS, Declasse Scramjet, and Mobile Operation Centers.