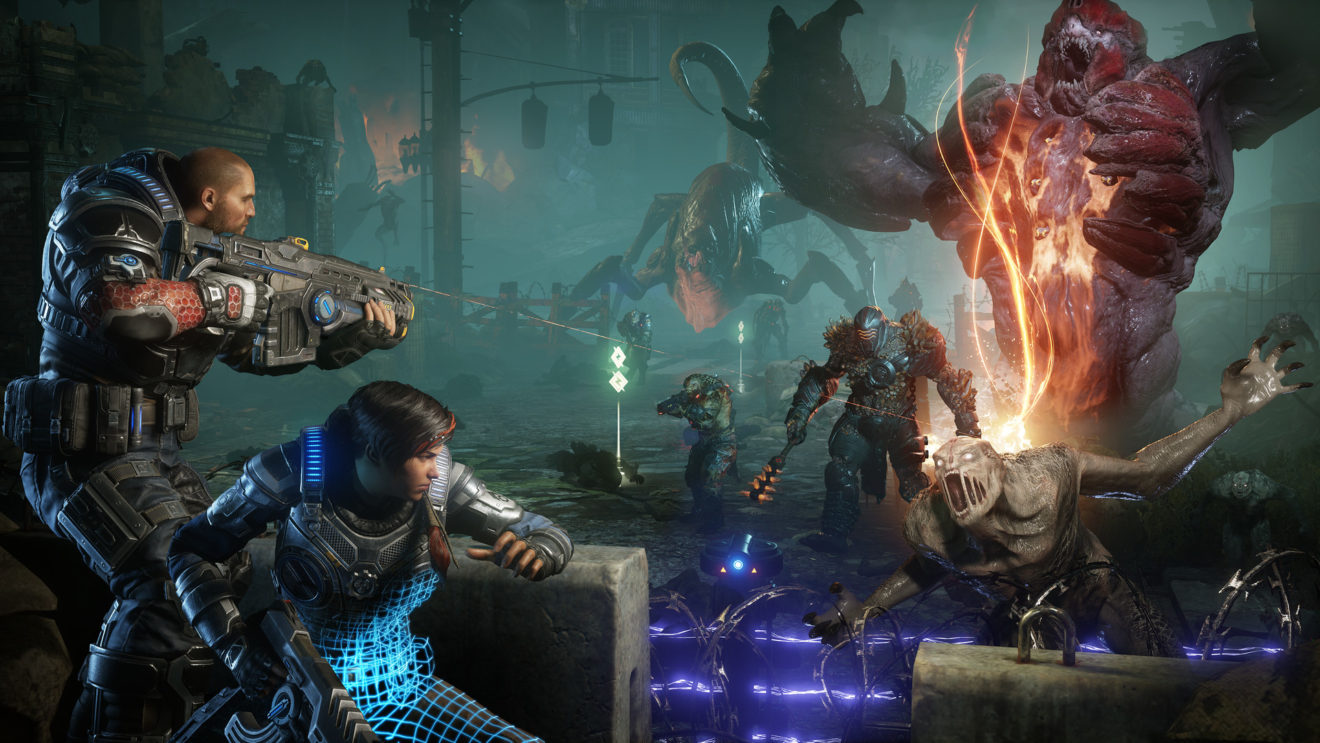 As previously promised, The Coalition revealed the first gameplay footage from Gears 5’s Horde mode during today’s episode of Inside Xbox.

This latest iteration of the popular mode introduces Ultimate abilities. In Gears 5, each character has access to a powerful ability called an Ultimate, such as JD’s Airstrike, which calls down rockets from the sky to rain fire upon enemies. Other Ultimates shown off include Fahz’s X-Ray, which lets him see and shoot enemies through walls and objects, and Kait’s Cloak, which lets her become invisible and assassinate enemies.

Another new feature being introduced in Gears 5’s Horde are Taps, which pop up randomly around the map and force players to relocate their base to ensure they gain as much power as possible.

Gears 5 launches September 10th for Xbox One and Windows 10. However, owners of the Ultimate Edition will be able to play the game from September 6th.