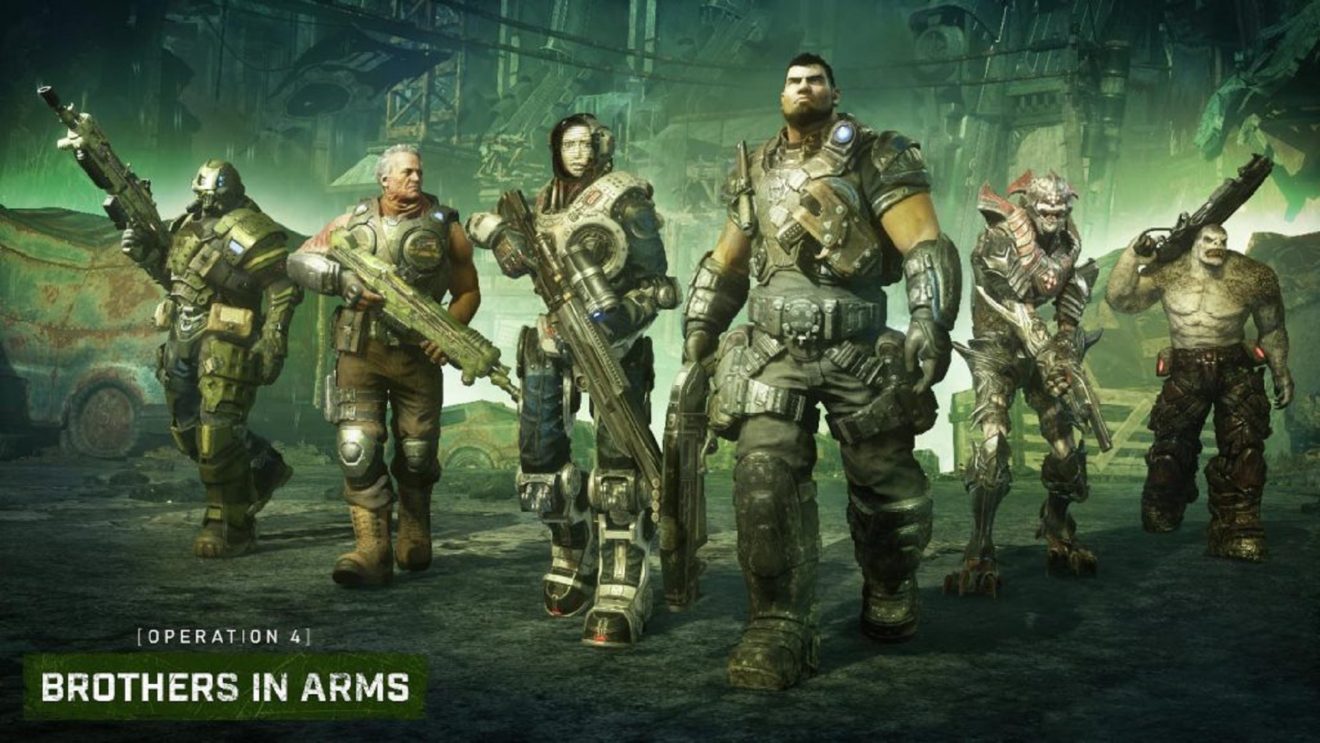 Gears 5’s fourth Operation, Brothers in Arms, is now live on Xbox One and PC, developer The Coalition has announced.

Following the update, players can head into battle as Dominic Santiago, Garron Paduk, Jinn-bot, and UIR Soldier on the Heroes side, while Zamil Karn and Locust Grenadier have been added to the Villains. All six characters can be instantly unlocked by purchasing the Operation 4 Bundle, which includes the characters, the Bound by Blood weapon skin set, 1,000 Iron, and 30 Days of Boost for $19.99. All six characters can also be purchased individually for Gears Coins or Iron.

In addition to the characters, players gain access to the all-new Reactor map and the returning maps Checkout and Blood Drive. There’s also a new Tour of Duty to work through that contains new weapon skins, expressions, executions, and more, as well as a new Legends rank above General that can be re-earned indefinitely and rewards Gears Coins.

Other changes include a revamped Ranked system, a new store, the addition of Level 6 Skill Cards, new achievements, and more. Read the full patch notes here.