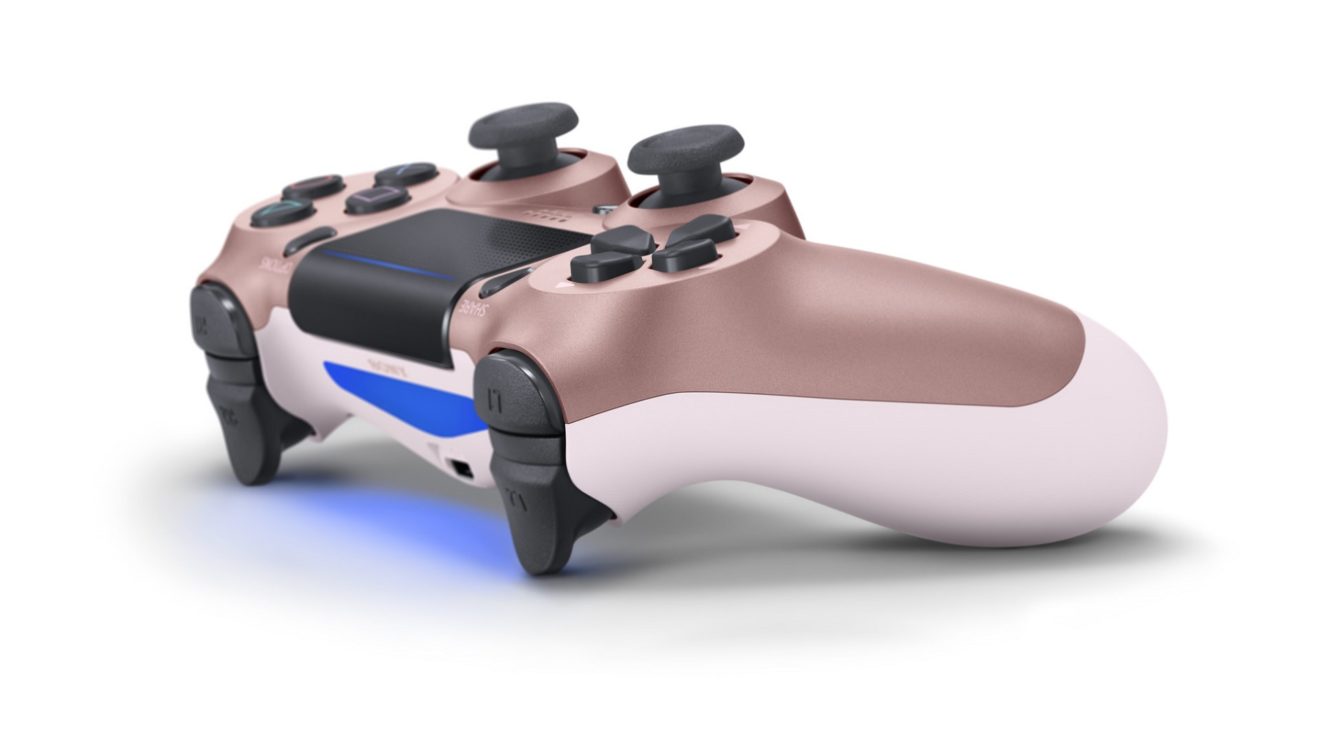 Sony has announced that it will be releasing four new color options for its DualShock 4 wireless controller this September.

From next month, PlayStation 4 owners will be able to pick up the Electric Purple, Red Camouflage, Titanium Blue, and Rose Gold DualShock 4 controllers for $64.99 each in the U.S. and Canada.

In addition to these new colors, Sony revealed that a matching Rose Gold Edition headset will be released in November that offers the same features as the Gold Wireless Headset, but with a Rose Gold metallic finish and embossed PlayStation Shapes on the inside.

Finally, Sony announced that the Berry Blue, Sunset Orange, Blue Camouflage, and Gold DualShock 4 controllers will be returning for a limited time this November.