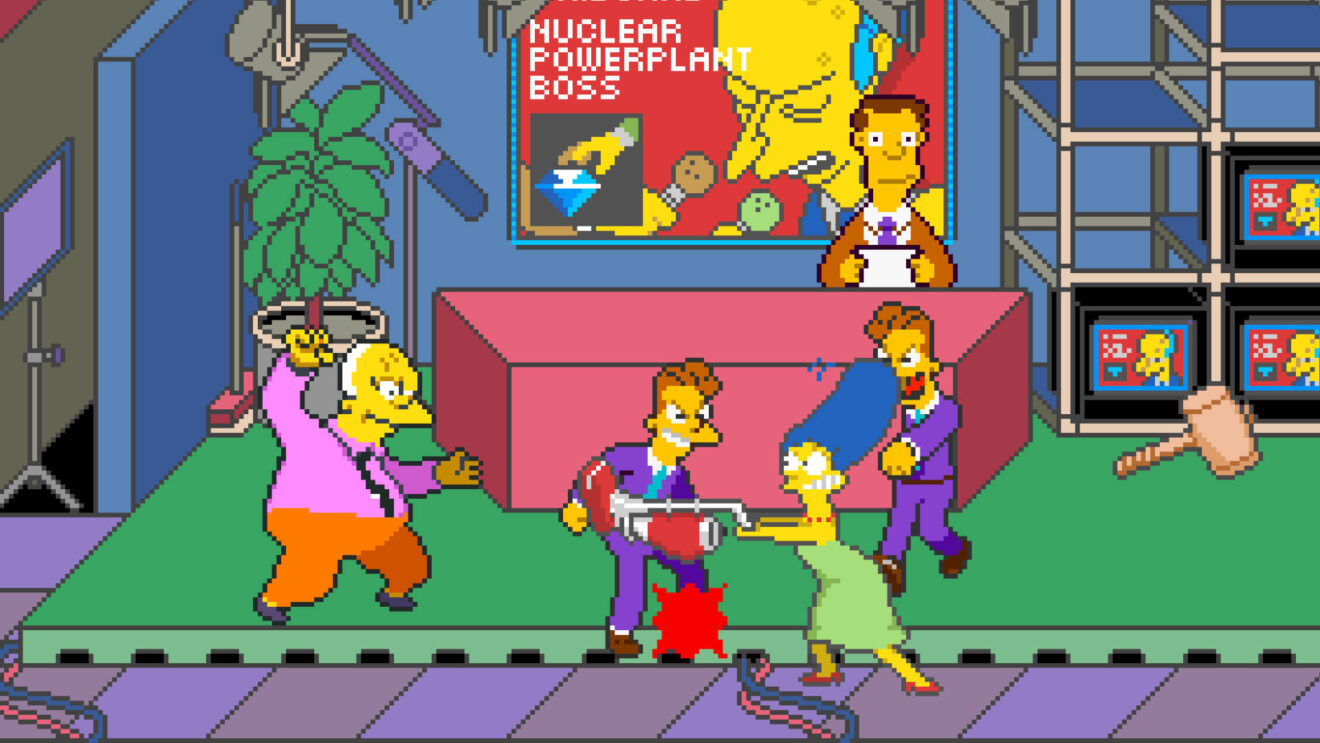 While we won’t be getting any new consoles at E3 this year (delayed projects like the Intellivision Amico notwithstanding), we will at least be getting some fun new hardware announcements from Tastemakers.

Tastemakers is, of course, the company behind the Arcade1Up series of home arcade cabinets. Here’s a look at the four new releases they’ve now shown off as part of E3—though they might not be done with the announcements just yet.

Tastemakers has shown an admirable ability for getting licenses to some games that are hard to get, and The Simpsons definitely fits into that category. Original released in 1991, Konami’s arcade beat ’em up based on the long-running television series only ever saw a proper home released in 2012 on the PlayStation 3 and Xbox 360—and that digital-only title has long since been delisted.

Preorders for The Simpsons will kick off on July 15th, and that’s supposedly when we’ll learn what the second game the cabinet will include is. Curious, though, is the fact that the cabinet has a trackball on it—which seems like it’d give a hint as to what we might be getting. And by “hint” I mean “giant arrow sign pointing to The Simpsons Bowling, since that’s another game created by Konami, and it utilized a trackball.”

Given the limited amount of space I have in my home office, I’ve been trying really hard to go beyond the one Arcade1Up cabinet I already own. However, if I were going to get another, the two most tempting ones for me are Ms. Pac-Man or Galaga, as they’re two of my favorite retro arcade games.

Of course, in arcades, we ended up getting a cabinet that featured both games in a “split cabinet” design. Now, the Ms. Pac-Man / Galaga Class of ’81 Arcade Machine isn’t the first time the duo have been together in an Arcade1Up cabinet, but it is the first time both have gotten equal billing like that proper arcade machine.

And, a big benefit to this model over the previous releases is that it comes with a much bigger selection of games. In addition to Ms. Pac-Man and Galaga, we get Galaga ’88, Galaxian, Dig Dug, Dig Dug II, Mappy, Rally-X, Rolling Thunder, Rompers, Tower of Druaga, and King and Balloon. Sadly, from what I can tell, still no option for speed hacked Ms. Pac-Man, the proper way to play the game.

Oh, and it also features a light-up marquee and wifi support, just to really rub it in.

So, this one is a new release, but also kinda isn’t. A while back, Tastemakers released (to much fanfare) a cabinet based around Konami’s Teenage Mutant Ninja Turtles arcade game, which included Turtles in Time as a secondary game. This new unit now swaps things around, so that Turtles in Time is the theme for the cabinet’s branding, and Teenage Mutant Ninja Turtles is the additional game.

There is, however, at least one big benefit here over the original release: the option for online multiplayer.