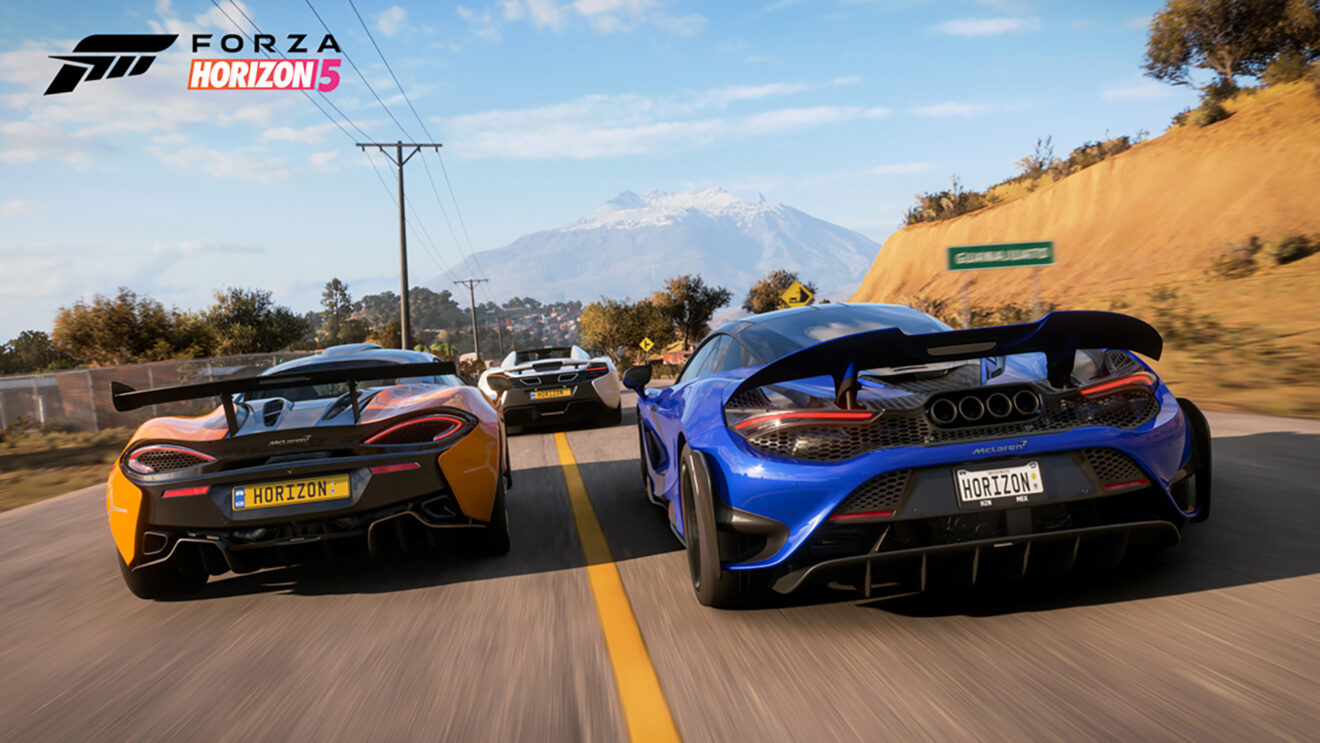 Playground Games has announced a major change to Forza Horizon 5 multiplayer. With the arrival of the “Series 6 Update” patch this week, the Horizon Open section of the game will get its own dedicated progression system.

“Starting in Series 6, any XP earned in Horizon Open contributes towards both the traditional player level and the new Horizon Open level,” explains Playground. “Each level has a specified XP target, which you can view alongside upcoming rewards in the Horizon Open tile. You’ll also find a new additional XP bar for your Horizon Open level on the post-race screen.”

Competing in Open Racing, Drifting, Playground Games and Custom Racing events will raise this level, but the Eliminator won’t. As such, that battle-royale style event is being moved out of the Horizon Open and onto the Online tab of the menu.

As you level up your Horizon Open ranking, you’ll be able to unlock new badges to display alongside your name throughout the game. You can also check how you stack up against the rest of the world on a new dedicated leaderboard.

That’s not the only change the patch is bringing, however.

The game is also getting a new Horizon Story called Drift Club Mexico. Here’s the official blurb: “Drift Club is expanding to Mexico! Welshman Robert Glenn, a kindred spirit of drifters who share a real love for controlled oversteer, has flown over from Horizon’s Britain, bringing with him a new set of challenges that celebrates the engineering and technical delight of going sideways.” Finishing all six chapters of the new story will unlock the 2021 Ford Mustang Mach-E 1400.

Additionally, the game’s EventLab, which lets players create their own courses and modes, is also getting some updates. You’ll now be able to tweak how strong gravity is, and make use of some new props in your creations. On that latter front, Playground is promising “concrete and plaster walls; concrete, dirt, and asphalt platforms; neon shipping containers and directional arrow decals; a [tire] stack wall and concrete pillar, […] festival-inspired towers and Lunar New Year lanterns.”

Players on Xbox Series X/S and Windows PC can expect better “terrain visibility” when playing an EventLab creation at high altitude. As far as we can tell, that means the draw distance will be better if someone built an even way, way, way, up in the sky.

There are a number of other smaller changes and fixes, as well as a new Festival Playlist with four new cars: the 2012 Ascari KZ1R, 2021 McLaren 765LT Coupe, 2018 ATS GT, and 2014 McLaren 650S Spider. For more details on how to unlock these vehicles and everything else in the patch, check out the official blog post. For more on Forza Horizon 5, check out our review.

Forza Horizon 5 is out on Xbox Series X/S, Xbox One, and Windows PC.

Josh Harmon
Josh picked up a controller when he was 3 years old and hasn’t looked back since. This has made him particularly vulnerable to attacks from behind. He fell in love with EGM during the Dan Hsu era, so joining the magazine as an intern way back in 2012 felt like a dream come true. Now, as Editorial Director, he’s excited to lead EGM somewhere new.
Share
Post tagsForza