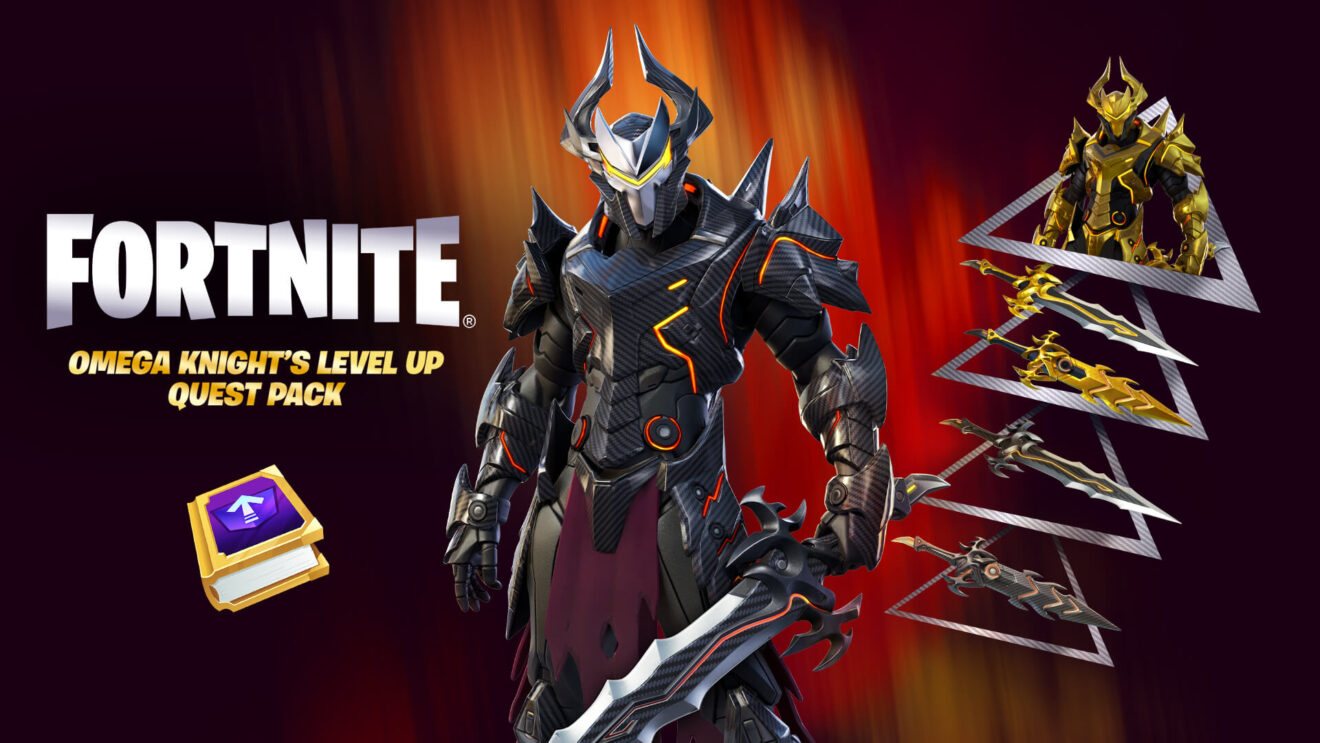 Fortnite’s next Level Up Quest Pack is Omega Knight

Fortnite‘s newest Level Up Quest Pack is now available to purchase in the Item Shop for 1,200 V-Bucks, Epic Games has announced.

Upon purchasing the pack, players will gain access to the Omega Knight Outfit. After this, players will be able to work through seven quests every week for four consecutive weeks. Each of these quests requires players to find a hidden Level Up Token on the island, with a new cosmetic reward available for completing all seven quests each week.

The following rewards are available as part of the Omega Knight’s Level Up Quest Pack:

Players who purchase the Level Up Quest Pack after the first week will have access to all of the previous week’s quests, so purchasing during the fourth week unlocks all 28 quests.