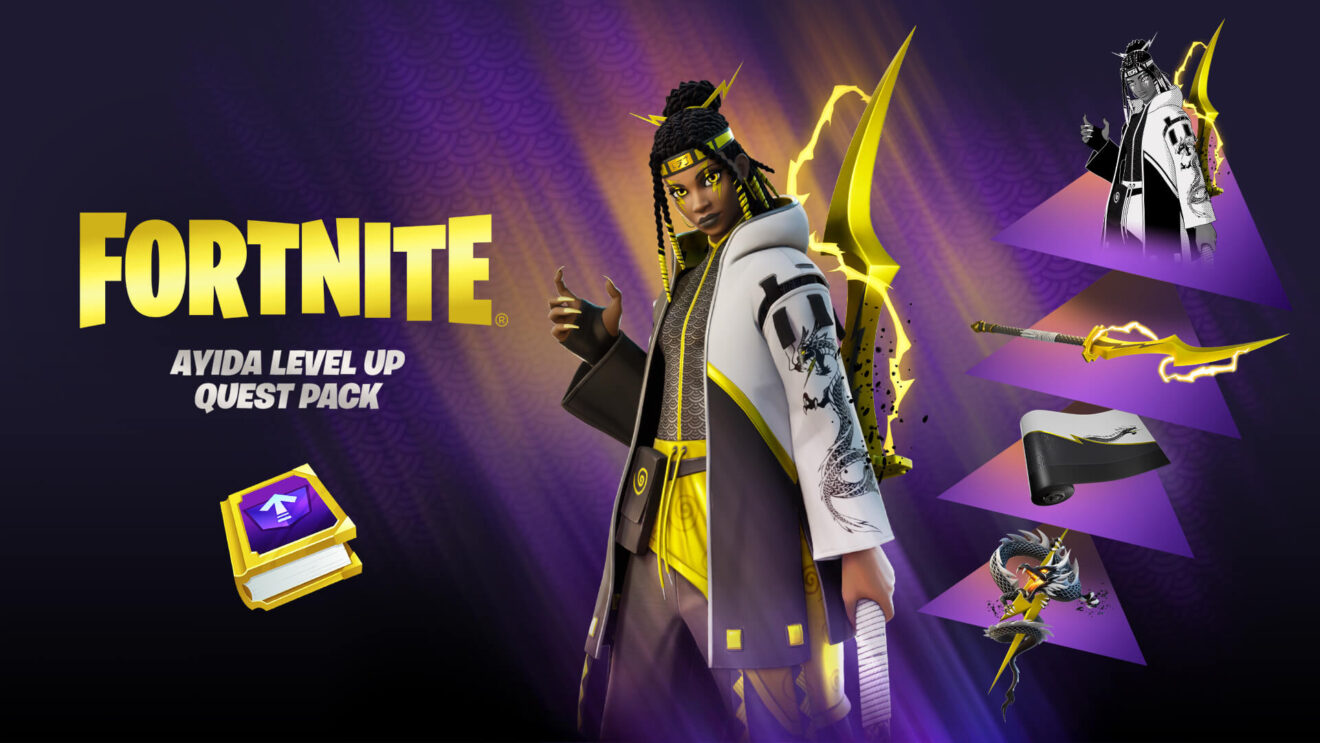 Epic Games has released its latest Level Up Quest Pack for Fortnite.

The Ayida’s Level Up Quest Pack can be purchased from the Item Shop and will instantly grant access to the Ayida Outfit. Additionally, players get seven new Level Up Quests each week for four consecutive weeks.

Complete each of these quests to unlock four cosmetic rewards and a total of 28 Battle Pass levels. A complete list of available rewards can be found below:

These quests will expire at the end of Chapter 3 Season 4. If players purchase the pack after the first week they will gain access to all quests released so far, so purchasing in week four unlocks all 28 quests.