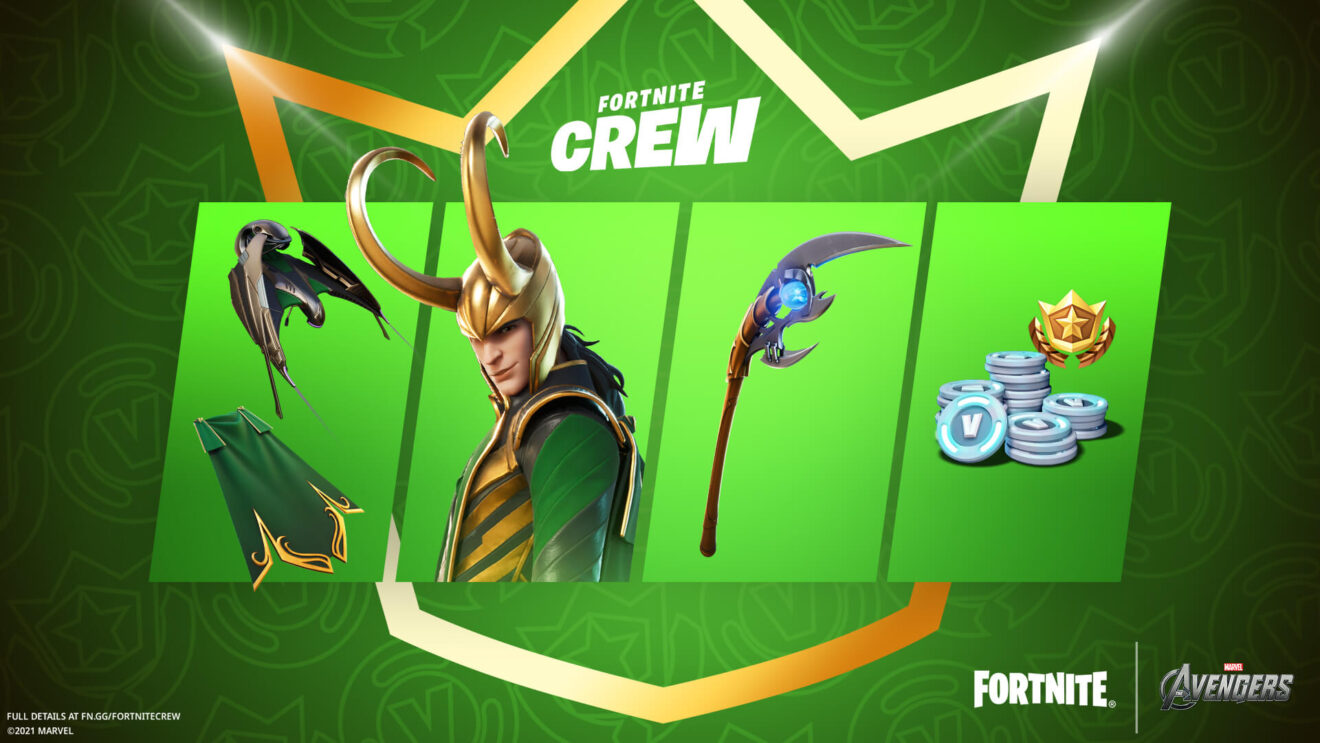 Following a tease last week, Epic Games has revealed the full contents of the July Fortnite Crew Pack, which is headlined by the God of Mischief Loki Laufeyson.