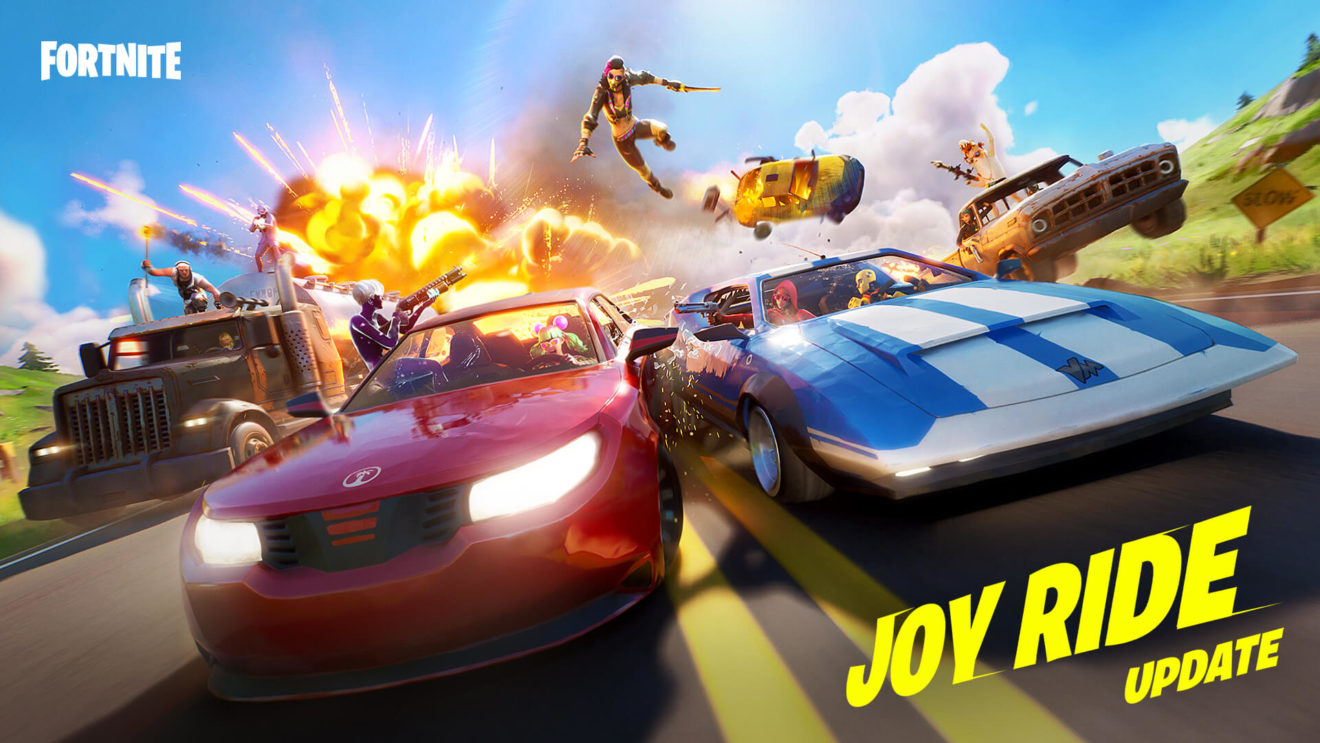 Epic Games has finally added cars to Fortnite with the release of the Joy Ride update.

Following today’s update players will be able to get behind the wheel of the following four vehicles: the Islander Prevalent, Victory Motors Whiplash, OG Bear, and Titano Mudflap. Gas Stations and throwable Gas Cans have also been introduced that can be used to fill up cars with gas and keep them on the road.

Additionally, while riding around in these new vehicles, players will be able to listen to some tunes thanks to several new radio stations. Epic notes that content creators can disable the licensed tracks in the audio settings.