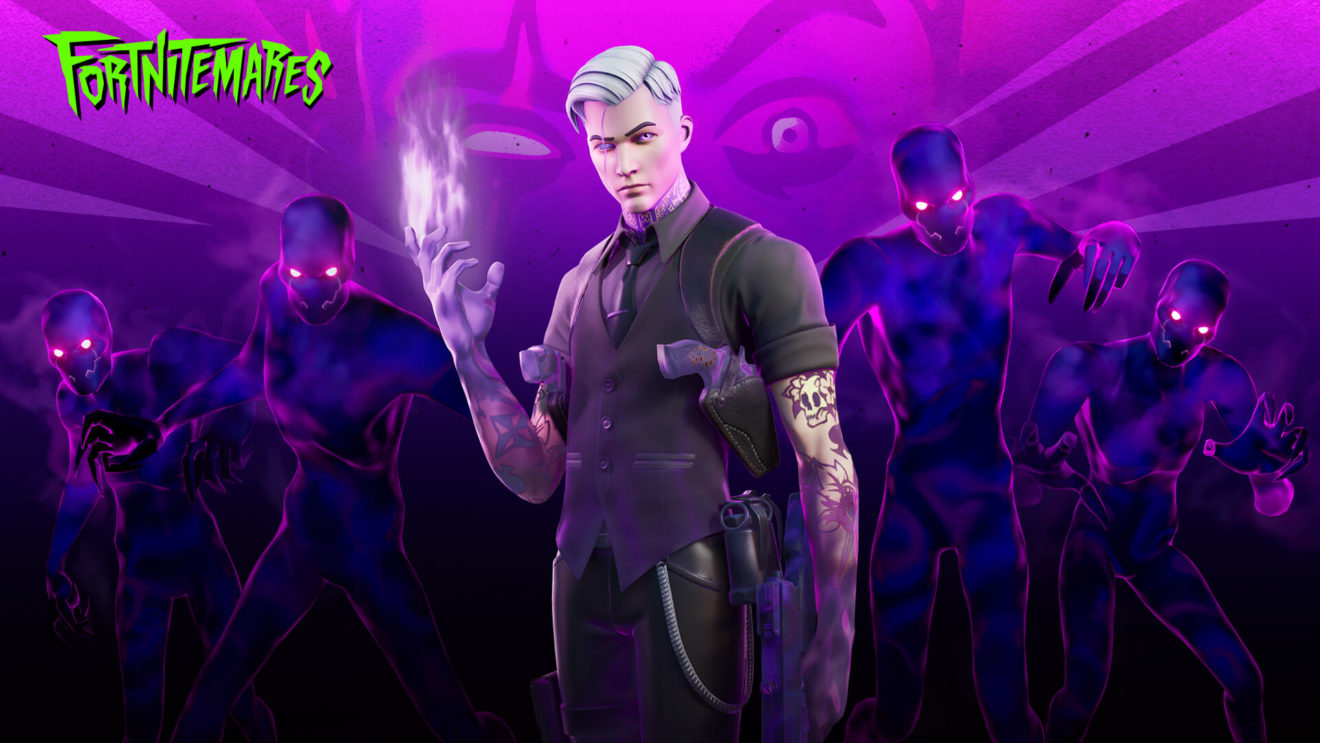 Fortnite’s Halloween-themed Fortnitemares event has returned in the form of Midas’ Revenge.

During the event, players who are eliminated in Solos, Duos, or Squads will return to the island as a Shadow. Shadows cannot use weapons but have access to a number of otherworldly abilities, including the power to possess vehicles. Players will also be able to wield a number of new items during Fortnitemares, such as the Pumpkin Rocket Launcher, Fiend Hunter Crossbow, and Witch Broom.

As for rewards, new challenges are available to complete that will unlock Midas’ Shadow Wrap, the Smash-O’-Lantern Pickaxe, the Bobo Back Bling, and more.

In addition to the above, the Party Trooper Outfit is now available from the in-game shop until November 1st. Players who own this outfit and attend the Afterlife Party on October 31st will receive the exclusive J Balvin style for the outfit.